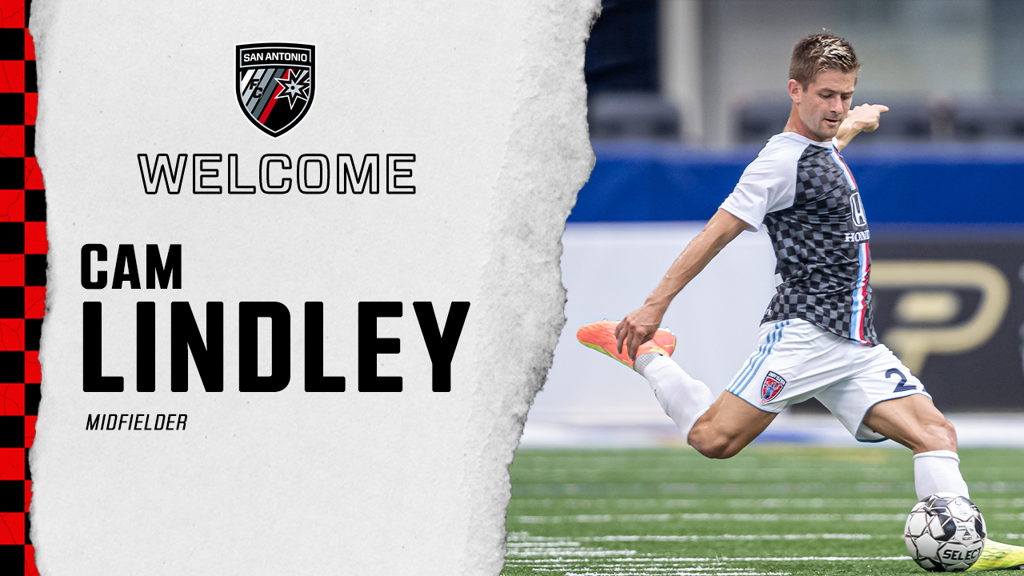 San Antonio FC has signed midfielder Cam Lindley for the 2021 USL Championship season pending league and federation approval, the team announced today. Per club policy, terms of the deal were not disclosed.

“As a staff, we are delighted to add Cam to the SAFC family,” said SAFC Head Coach Alen Marcina. “Over his young playing career, he has demonstrated selfless leadership qualities and has also served as a team captain at the USL level. Cam is a very talented player with high potential and already meaningful playing experience at various U.S. national team levels, MLS and USL.”

Lindley joins SAFC after spending the 2020 season with Indy Eleven, making 12 appearances and playing 756 minutes during the COVID-19 shortened campaign. The 23-year-old created 11 chances while also adding 15 tackles and 10 interceptions over the course of his 12 games. Lindley successfully completed 78.0 percent of his 441 passes in 2020, including 60.6 percent of his long passes. Overall, the Indiana native has appeared in 38 USL Championship matches in his career, playing 2,964 minutes with Indy, Memphis 901 FC and the now-defunct Saint Louis FC.

Originally signed by Orlando City SC of MLS, Lindley made his debut with the Florida club in 2018 before joining Saint Louis FC on loan later that season. After his second loan spell with Memphis during the 2019 season, the midfielder then signed full time with Indy Eleven prior to the 2020 campaign. Lindley has also represented his country at the U-17, U-18, U-20 and U-23 levels, making 28 appearances overall.

“I am super excited to be joining such a historic franchise,” said Lindley. “I’m excited to work with Alen and the entire staff and build on the great year they had last season. I’m looking forward to giving my all for the club and entire SAFC community.”

Lindley also attended North Carolina where made 43 appearances overall and garnered ACC Midfielder of the Year honors along with an First Team All-ACC inclusion following his sophomore season.