Match Scheduled for October 10 at 8 p.m. at Toyota Field 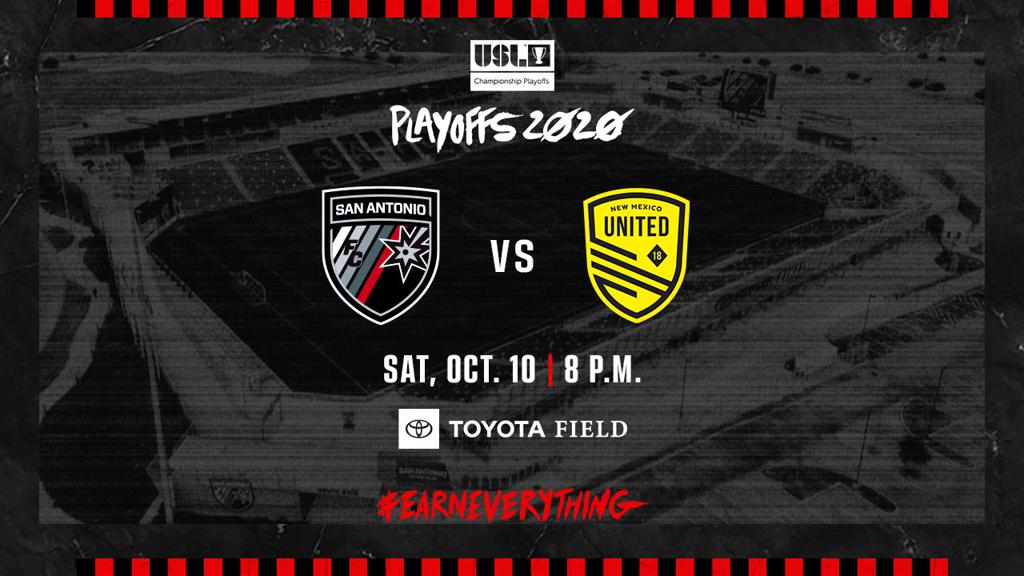 San Antonio FC will now host New Mexico United at Toyota Field in the first round of the playoffs on Saturday, Oct. 10 at 8 p.m. SAFC earned the right to host the opening match after winning Group D with a 10-3-3 record and 33 points.

After securing the best record in both Groups C and D, SAFC will host two home playoff matches should they advance. Tickets for the match can be purchased HERE or by calling or texting 210-444-5657.

SAFC last hosted New Mexico on Aug. 24, 2019 in a 5-0 thriller, which featured a brace from midfielder Cristian Parano and still marks the biggest win in franchise history. The game will be the first playoff match for SAFC home or away since 2017.