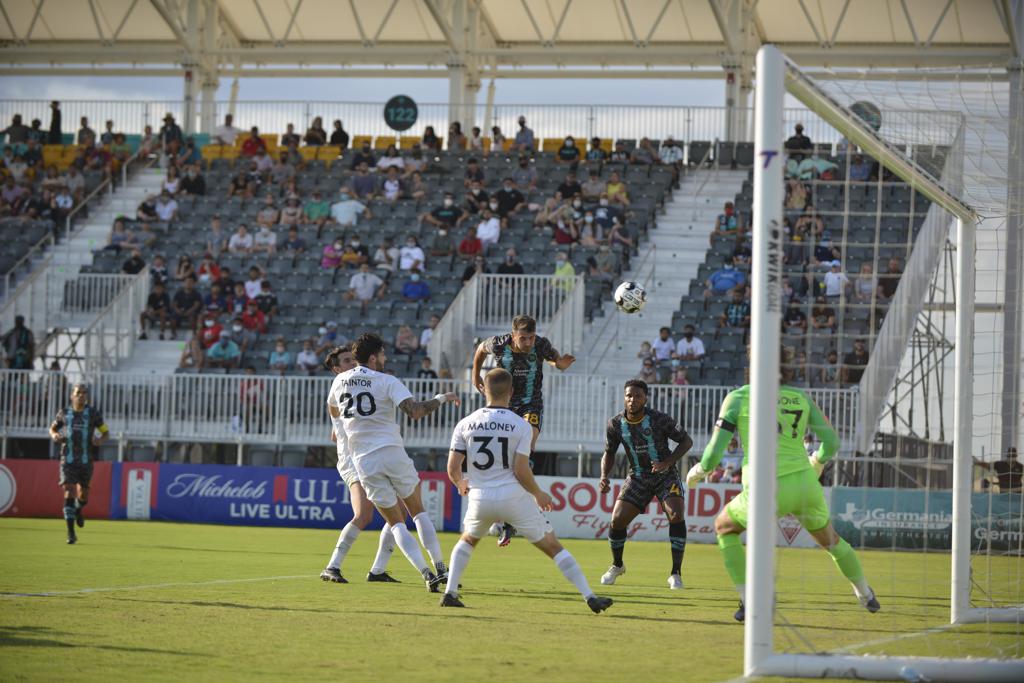 San Antonio FC (10-3-3) fell to Austin Bold (5-3-7) 1-2 at Bold Stadium on Sunday night. A goal from Jordan Perruzza wasn’t enough to earn the club points on the night as they concluded the 2020 regular season and begin to focus on the USL Championship Playoffs.

“When we win, tie or lose it’s about learning,” said SAFC Head Coach Alen Marcina. “We will learn from areas we did well and the areas where we need to improve. We need to put this match behind us. Now, it’s about playoff mode, playoff mentality and playoff scripts. We have to change the mindset and now we are focused on putting up a good performance against New Mexico, who are a very strong team. We need to make sure we put our best foot forward and put on a show for our fans in the first round of the playoffs.”

SAFC opened the scoring in the 30th minute after Perruzza finished off a corner from midfielder PC with a header to beat goalkeeper Diego Restrepo. The hosts struck just before halftime after midfielder Billy Forbes slotted a ball past Matthew Cardone following chaos in the box to equalize.

The second half was a back and forth contest between the clubs until the Bold scored their second of the night by way of midfielder Ema Twumasi to make it 1-2.

Following results around the league, San Antonio FC will now host New Mexico United at Toyota Field in the first round of the playoffs on Saturday, Oct. 10 at 8 p.m. SAFC last hosted New Mexico in 2019 in a 5-0 thriller, which featured a brace from midfielder Cristian Parano and still marks the biggest win in franchise history.