SAFC Has One Regular Season Game Remaining Before Start of Playoffs 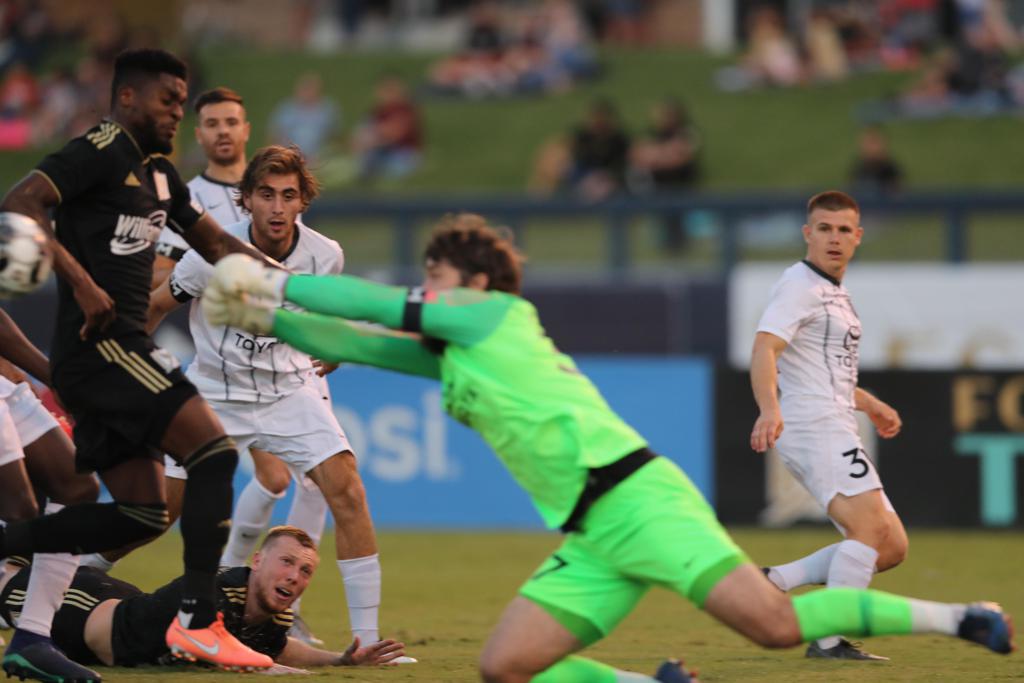 San Antonio FC (10-2-3) fell to FC Tulsa (4-2-7) 0-1 at ONEOK Field on Saturday night. A stoppage-time goal from Eric Bird earned the hosts the victory as SAFC suffered just its second loss of the season.

“It could have been a lopsided game in our favor if we buried our opportunities. That’s what we will learn. All we can do is learn, progress and make sure we are ready for Austin.”

The match was tight the entire night as SAFC and Tulsa recorded 15 and 14 shots respectively, while both recorded six shots on target. The lone goal of the match came in the dying moments after a clearance from the SAFC defense landed at Bird’s feet near the top of the box, from where the midfielder shot to take the late lead.

SAFC goalkeeper Matthew Cardone recorded five saves on the night, which ties for his highest save count in a single match this season. The San Antonio native added one claim and two punches en route to an 83 percent save success rate on the night.

San Antonio native Ethan Bryant made his season debut after re-joining the club on Sept. 18. Bryant was the first player to join the SAFC first team from the SAFC Pro Academy Elite Training program during the 2018 season.

San Antonio FC will return to USL Championship action on Sunday, Oct. 4 at 5 p.m. as the team travels to take on Austin Bold FC in their final match of the regular season.