After First Loss of 2020, SAFC Can Still Clinch Wednesday vs. Austin 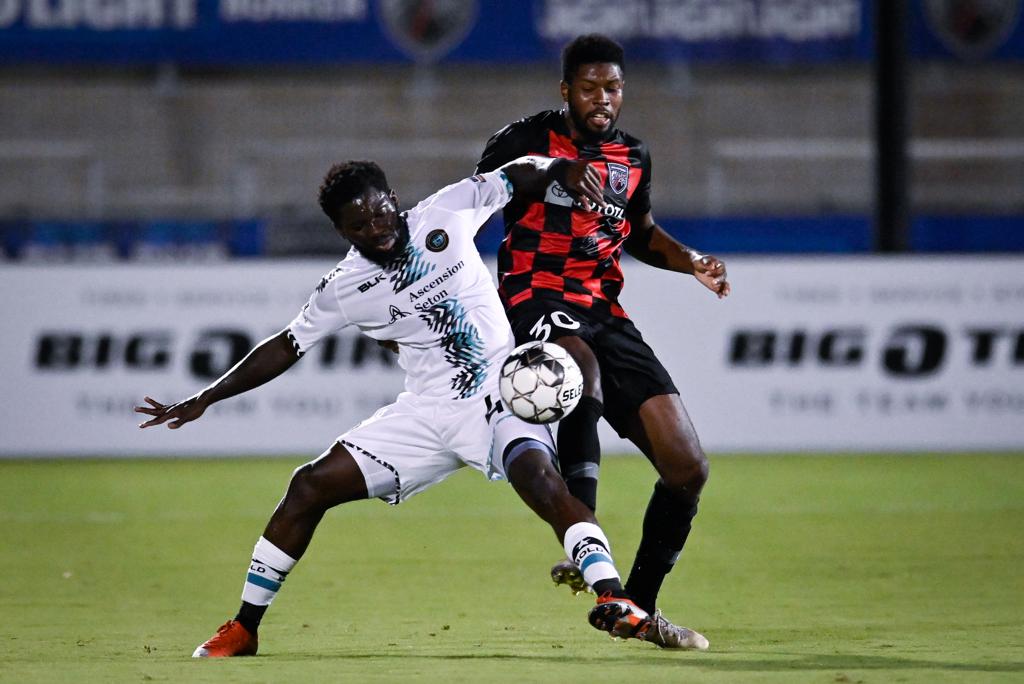 San Antonio FC returns to Toyota Field this Wednesday to play the first of its final two home matches of the regular season in the next four days. SAFC welcomes the Austin Bold for the third of four matches between the two this season, and the first in over a month.

The Alamo City club was dealt its first setback of the current campaign with a 1-2 loss on the road to a tough El Paso team last weekend. A paneka penalty from leading scorer Luis Solignac wasn’t enough to earn a road result in West Texas. Despite the loss, SAFC still sits atop of Group D on 27 points with a chance to officially win the group with a draw or win against Austin on Wednesday.

SAFC Head Coach Alen Marcina knows what his team is made of and knows what kind of response to expect this week following the first loss for the club.

“This is a team made of players with grit,” said Marcina. “We know it’s going to be a good response on Wednesday. Now it’s about recovering and preparing for our next opponent.”

The Austin Bold will be well rested having not played since September 8 after their game that was scheduled on the 12th against RGV FC was postponed. Prior to that, the Bold had just wrapped up back-to-back draws with group rivals FC Tulsa. Former SAFC midfielder Billy Forbes continues to have a strong season up top for Austin. Forbes has tallied six goals so far for the Bold while teammate Xavi Baez has recorded four assists.

The Bold remain the only Group D team that San Antonio has yet to defeat at Toyota Field in 2020. Despite the 4-2 win early in the restart in the road in Austin, SAFC rescued a late draw against the Bold at Toyota Field in August thanks to a Jose Gallegos goal.

Once again, any result on Wednesday would clinch a playoff spot for SAFC. With a draw or a tie, SAFC would win Group D and secure at least one home playoff match for the first time since the club hosted two home games in the 2017 playoffs. Despite coming close in the last two seasons, the playoff spot and group win would mark the first of many goals achieved this season. The team is still aspiring for more.

Following Wednesday’s match, SAFC will host the OKC Energy on Saturday at Toyota Field in the final home match of the regular season. San Antonio concludes the schedule with two road games in Tulsa and Austin respectively.