11-Match Unbeaten Streak Comes to an End After Late Goal 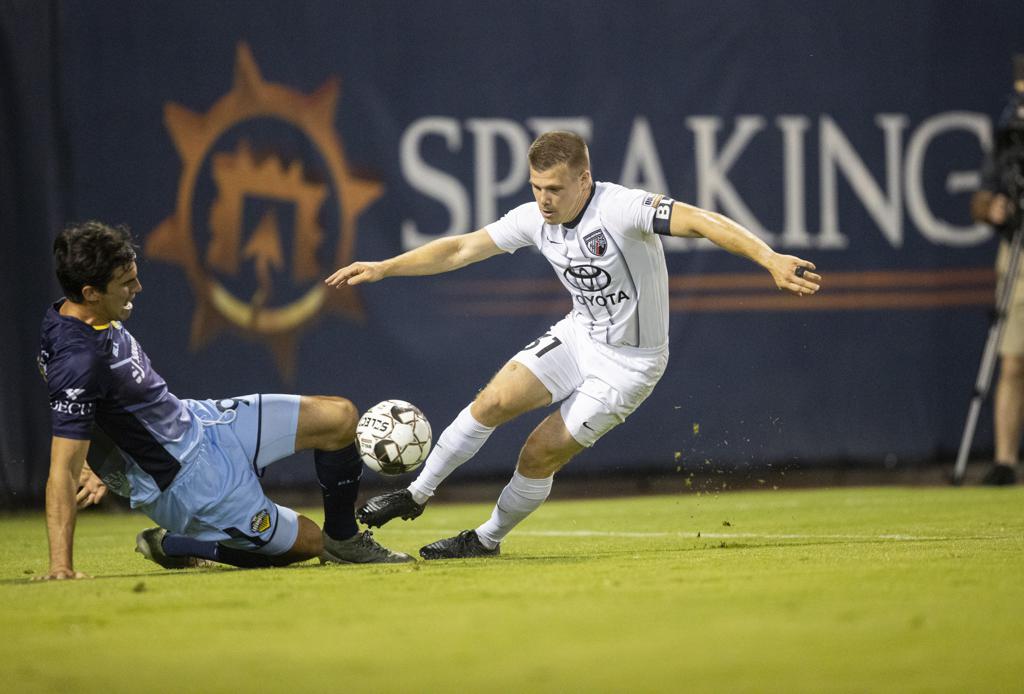 “We stressed it all week and we experienced it tonight, but it’s about details,” said SAFC Head Coach Alen Marcina. “The details cost us late and we will learn from this game. There were a lot of positives, and we will grow and continue to get better.”

El Paso opened the scoring in the 40th minute after Aaron Gomez converted a penalty following a foul in the SAFC box. SAFC responded quickly after a foul in the hosts’ box resulted in a penalty for the Alamo City club. Forward Luis Solignac converted with a skillful panenka shot to level it just before halftime.

The second half was a tight back and forth contest, but El Paso found the winning goal deep into stoppage time after a free kick bounced off SAFC defender Mitchell Taintor and into the back of the net.

SAFC forward Jordan Perruzza made his team debut on the night after joining the club on Tuesday on-loan from Toronto FC (MLS). Perruzza recorded two shots, one shot on target, and 100 percent passing accuracy in 31 minutes.

Despite the result, SAFC could clinch a playoff berth as well as secure the top seed in Group D with a win or draw on Wednesday as the team hosts Austin Bold FC at Toyota Field at 8 p.m. The Alamo City club will then face a quick turnaround as they host OKC Energy FC on Saturday, Sept. 19 in their final home match of the regular season.