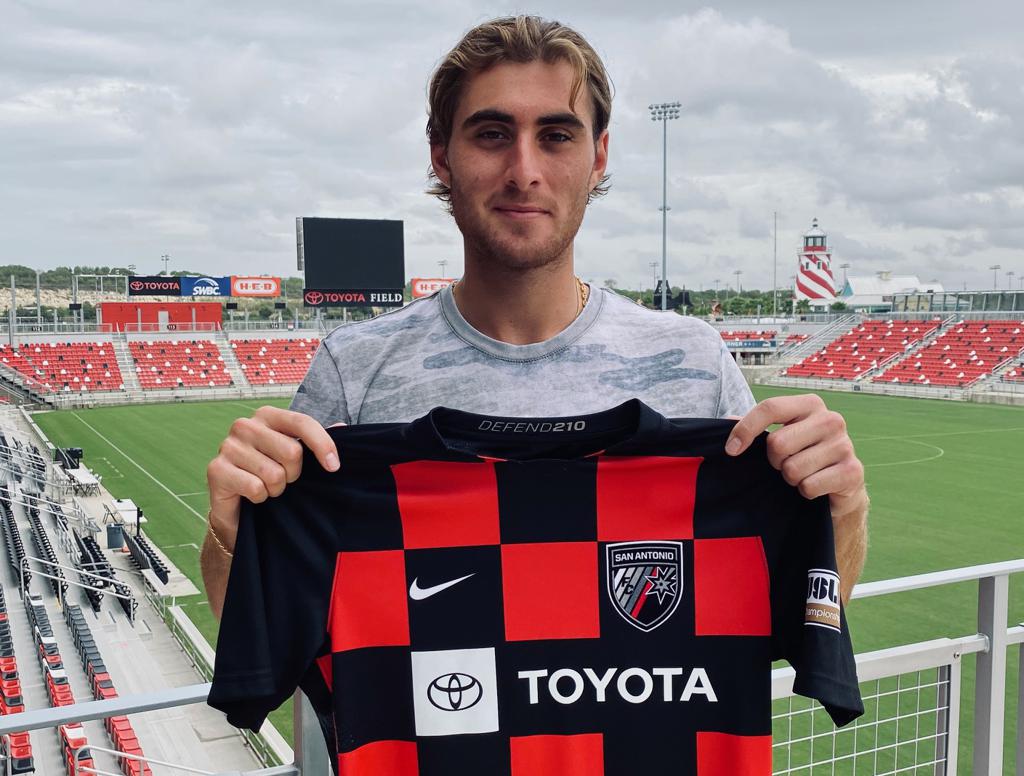 San Antonio FC has added forward Jordan Perruzza on loan from MLS side Toronto FC pending league and federation approval, the club announced today. Per team policy, the terms of the loan were not announced.

Perruzza was recently signed by Toronto FC in August as the club’s 24th Homegrown signing in team history.

"As a staff, we are very excited to welcome Jordan to the SAFC family,” said SAFC Head Coach Alen Marcina. “Jordan is a great young talent, a culture fit, and he will add to our attacking group.  He has demonstrated the ability to score goals, he exhibits a growth mindset and he is committed to the aggressive playing style required in our game model."

Perruzza spent the 2019 season with Toronto FC II in USL League One, putting together an MVP-caliber campaign. In 24 games with Toronto, Perruzza scored 15 goals and recorded two assists and 19 key passes en route to being named to the League One All-League First Team. In addition, the 19-year-old was one of four finalists for the 2019 League One Young Player of the Year award.

Born and raised in Canada, Perruzza originally played youth soccer in his home country before leaving for Italy to play in the Empoli FC academy. The 6-1 forward returned to Canada to join Toronto FC II in 2018. Perruzza has represented his country at the U-20 level, making four appearances.

“I’m excited to join a great team with an amazing group of players,” said Perruzza. “I’m here to do whatever it takes to help bring a championship to San Antonio.”