SAFC is Now Unbeaten Through 10 Matches 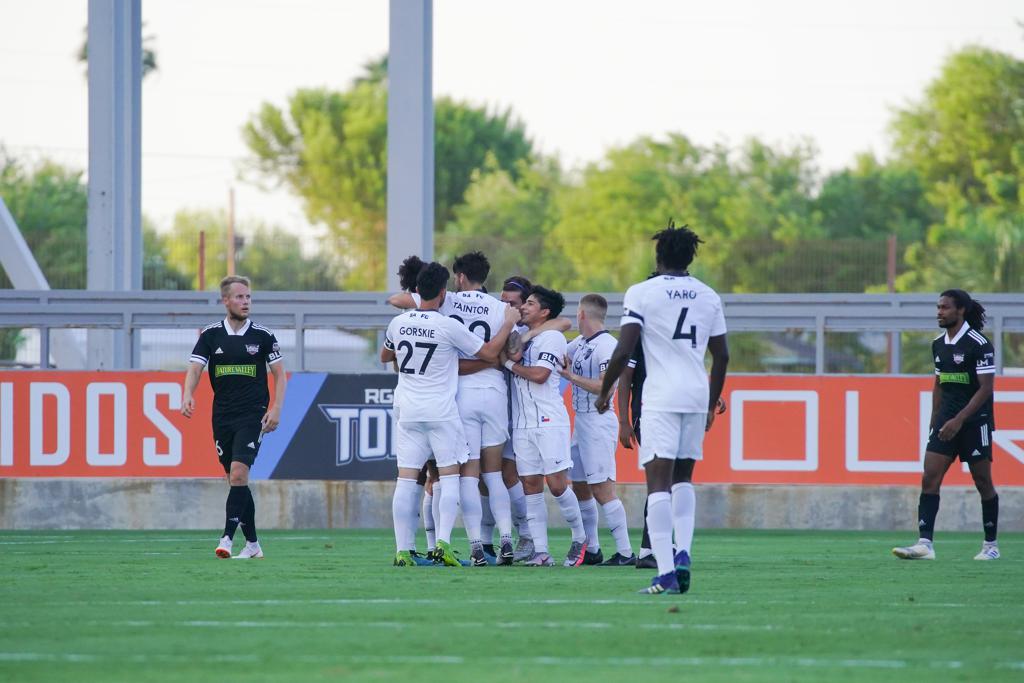 “Hats off to RGV for 90-plus minutes,” said SAFC Head Coach Alen Marcina. “They made it very difficult and very challenging for us. It wasn’t our best performance; we will accept that, and we’ll learn. We will look at some of the things we did well and things we need to improve on and sharpen. But overall, the team demonstrated their grit and we are proud of them for that.”

SAFC opened the scoring in the third minute of the match when Smith found the end of a pass from midfielder Zachary Herivaux inside the hosts’ box and buried it far-post with his right foot. The goal marked Smith’s second of the season and marked the start of an SWBC Man of the Match performance for the Boerne native.

The Alamo City club doubled their lead in the 20th minute after Smith found Solignac inside the box with a cross, which the Argentinian striker finished to record his team-leading fifth goal of the season. SAFC sealed the win in in the dying moments of the match when forward Gonzalo Di Renzo stole the ball from goalkeeper Paul Blanchette and took the ball into an open net in the 90th minute to make it 3-1.

During the match, the players stopped play from the 7:00 minute mark to 8:46. Both teams came together at the center circle. 7:00 represented the number of times Jacob Blake was shot by police, and 8:46 represented how long Derek Chauvin knelt on George Floyd’s neck.

San Antonio FC will return to USL Championship action on Saturday, Sept. 5 at 8 p.m. as the club hosts RGV FC at Toyota Field in the fourth edition of the South Texas Derby. The match will mark the first time since the season resumption that SAFC will host a limited number of Season Ticket Members at the match.