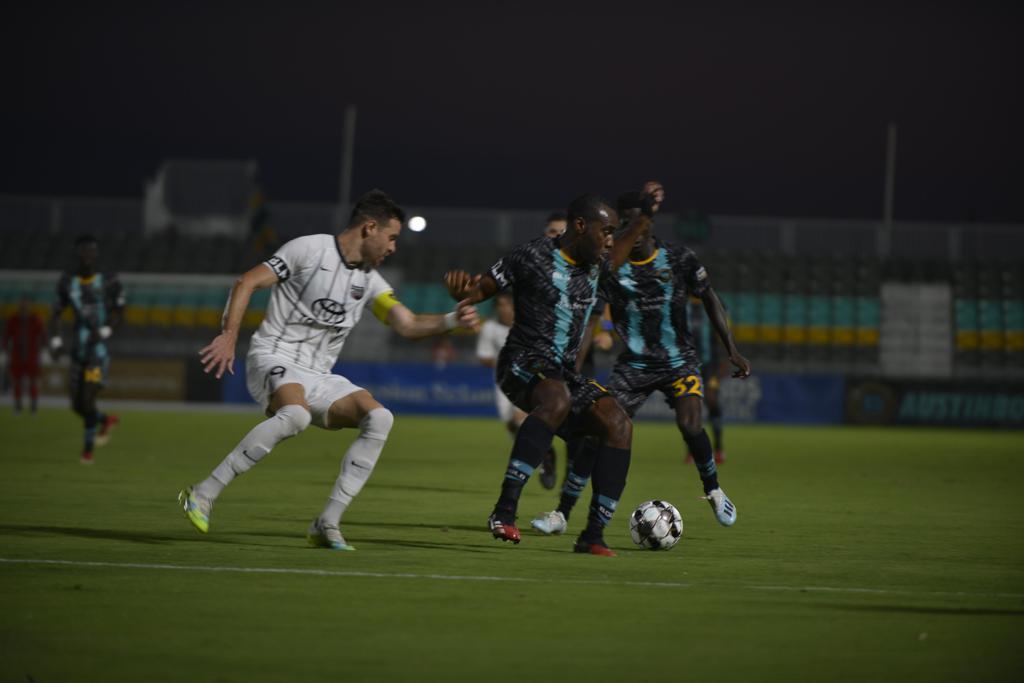 “I think it was a fantastic win,” said SAFC Head Coach Alen Marcina. “Austin is a very good team, very well coached and organized. At the end of the day I’m really proud of my guys. They were committed – 95-plus minutes of intensity – and we got the job done.”

Solignac opened the scoring in the 23rd minute after a deflected pass from forward Gonzalo Di Renzo found him inside the Bold’s box, which the Argentina native settled and buried past goalkeeper Diego Restrepo for the 1-0 lead. SAFC doubled the lead just four minutes later when Smith found himself in on goal with a pass from midfielder Jose Gallegos, turned on his defender and shot far-post to make it 2-0.

The goal marked the Boerne native’s first for the Alamo City club while the assist marked Gallegos’ first of the season. The Bold leveled the score with a goal from former SAFC midfielder Billy Forbes in the 36th minute and an own goal from defender Josh Yaro in the 52nd.

San Antonio FC regained the lead in the 74th minute after midfielder PC found Parano at the top of Austin’s box, from where the midfielder fired towards the top right corner and past Restrepo to make it 3-2. The Alamo City club sealed the win 10 minutes later after Solignac received a pass from forward Ignacio Bailone and slotted it low and into the net to complete his brace, which earned him SWBC Man of the Match honors.

With the win, SAFC is off to its best start to a season since its 2017 campaign. The club will return to action on Saturday, Aug. 8 at 7 p.m. as the team travels to face OKC Energy FC at Taft Stadium.