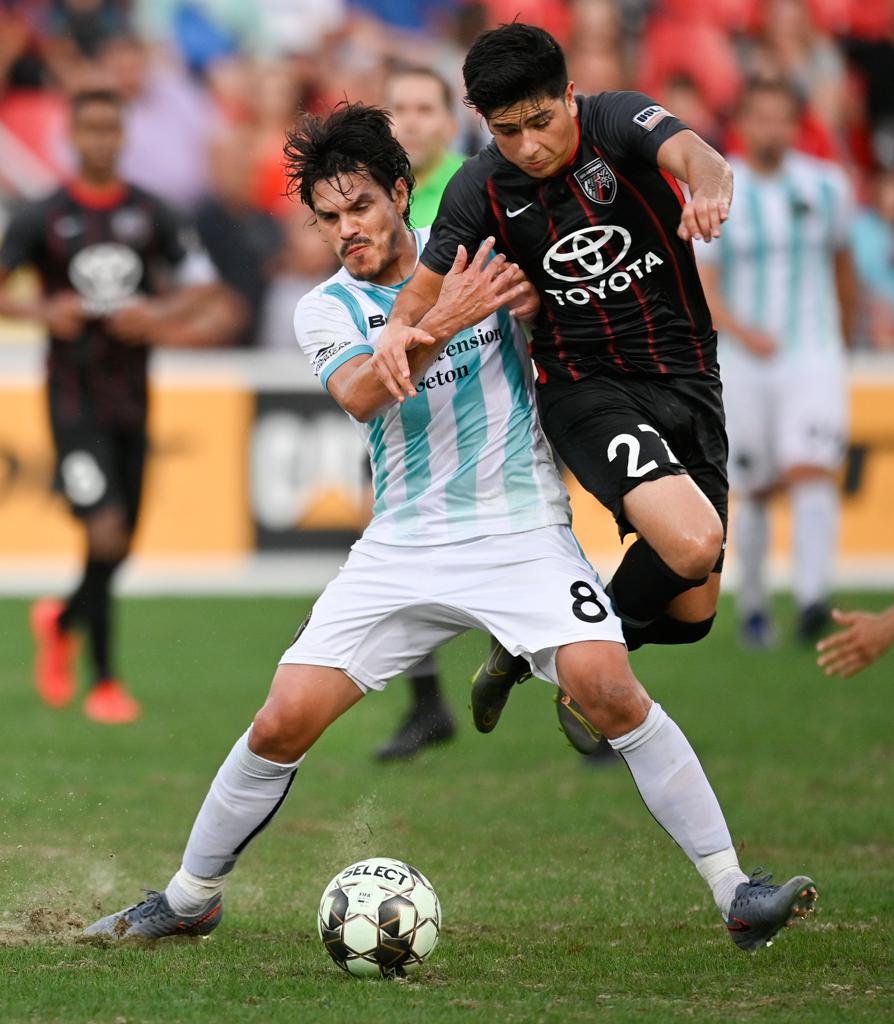 San Antonio FC will travel to Austin to face the Bold for the first time in the 2020 season on Saturday. That match marks the third for SAFC since returning to play and the second for Austin. The game will be the fourth meeting between the two sides in all competition and the third in league play.

“We now shift our focus to Austin,” said SAFC Head Coach Alen Marcina. “We have to understand their strengths and find areas to exploit. We have a strategy in place and it’s about working on the strategy. Hopefully we can execute come game time.”

SAFC is coming off a 1-0 home win over RGV FC last weekend, marking their second such home win of the season. With the victory, SAFC is 2-0-1 in their first three matches of 2020, tying their best ever start to a season (also, 2017). Gonzalo Di Renzo scored his first goal for SAFC in last week’s win, while reigning USL Championship Young Player of the Year Cristian Parano added an assist and four key passes.

The SAFC defense kept their second clean sheet of the 2020 season, with defender Mitch Taintor standing out statistically. Taintor recorded game-highs in touches (103), successful passes (76) and possessions gained (10). In addition, he also recorded team-highs in clearances (four) and interceptions (four), while adding an 84.4 percent passing accuracy and 90 percent duels won.

The Bold will play their first match since July 17 when they fell at home 1-3 to OKC Energy FC. Austin had two matches postponed, making the Saturday matchup with SAFC just their third match of the 2020 season.

The two sides faced each other twice in league play last season, with the Bold winning s tight 1-0 contest in Austin before SAFC earned a 3-0 win in the reverse fixture at Toyota Field. In addition, the Bold defeated San Antonio in the Open Cup third round 4-2. The Bold currently sport four former SAFC players on their roster including Billy Forbes, Diego Restrepo, Kris Tyrpak and Sonny Guadarrama. Tyrpak is voluntarily sitting out the 2020 season, while the other three players have all made an impact in the first two games for Austin so far this year.

“Austin is a familiar team,” said SAFC defender Joshua Yaro. “We know what they are about. They have a lot of guys that have top skills and have played in high leagues. We approach the game like we always do, with high intensity and with the goal to go get three points. It should be a fun game, but it’s a game we are really prepared for.”

Following their match in Austin, SAFC will hit the road to Oklahoma for a two-game road trip against Energy FC on Aug. 8 and FC Tulsa on Aug. 12.