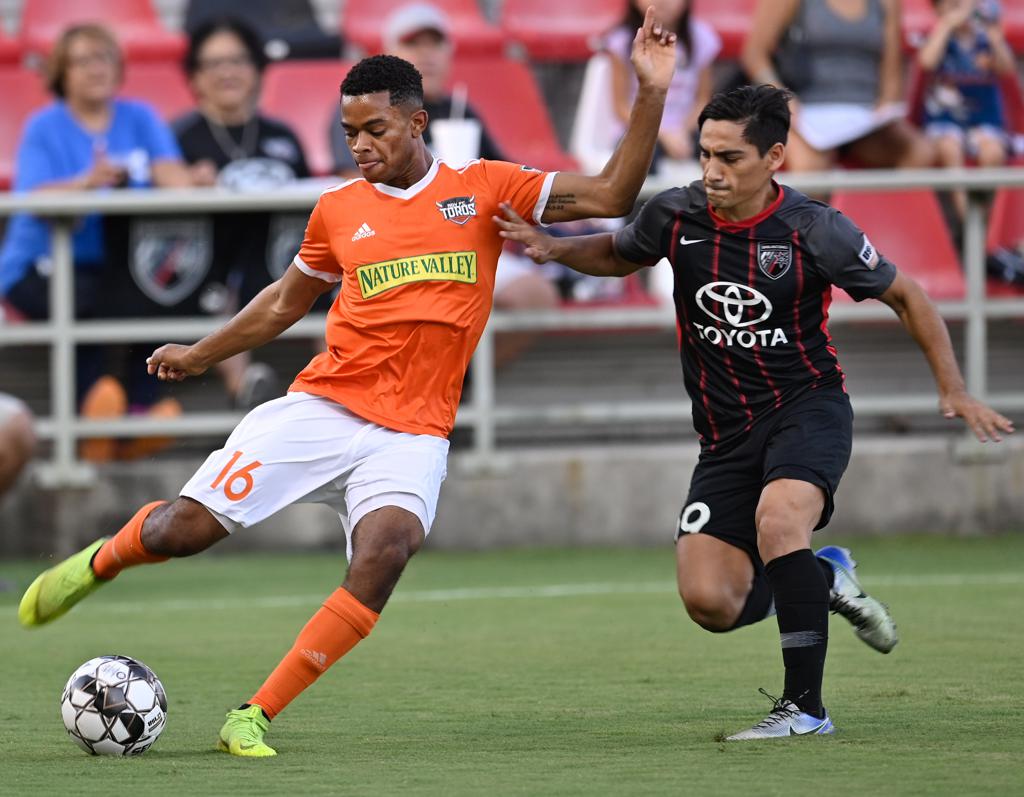 For the first time in 140 days, San Antonio FC will host a home match at Toyota Field as they welcome their South Texas rivals RGV FC on Saturday at 8 p.m. SAFC will be looking for their first win since returning to play following the hiatus as they face the Toros for the second consecutive match.

Last week, SAFC returned to play with a road match against their rivals. Despite SAFC taking an early lead and compiling strong team performance, RGV was able to equalize at the death thanks to an impressive goal from midfielder Taiberson. The game featured a Man of the Match performance from midfielder Cristian Parano who made his season debut Sunday. The reigning USL Championship Young Player of the Year wasted no time, scoring a goal in the third minute to go along with a perfect 100.0 percent passing accuracy in the match.

Looking ahead, SAFC will face RGV once again this weekend after a strong week of training and preparation. SAFC Head Coach Alen Marcina was able to take lessons from last weekend’s draw and – along with his team – apply them to their preparation for Saturday.

“There were a lot of positives from the game last week,” said Marcina. “Any game we prepare for, we go out there and try to earn three points. RGV competed for 90-plus minutes and scored a very good goal to get the draw. They are a strong team, and we are excited for the challenge we face this Saturday.”

RGV FC had another match in between their two against the Alamo City club, traveling to Oklahoma to face OKC Energy FC on Wednesday. Despite taking an early lead thanks to Deshane Beckford, RGV would have to settle for another draw after former SAFC forward Frank Lopez scored the tying goal for the Energy.

The game marks the first home match for SAFC against RGV since Aug. 17, 2019 when they tied 2-2 against the Toros. SAFC is 1-2-3 overall against RGV at home, however this weekend’s match will have a noticeably different feel. Due to the ongoing local health situation, SAFC will play Saturday’s match without fans in attendance. Despite this, SAFC forward Luis Solignac still recognizes how important it is to build a fortress at Toyota Field.

“I’m happy that we are playing at home,” said Solignac. “It’s our house and we have to defend it. We may not have fans in the building, but we have to show our fans and ourselves that nobody can beat us here.”

After their match against RGV FC, SAFC will next be in action on the road against the Austin Bold on Saturday Aug. 1.