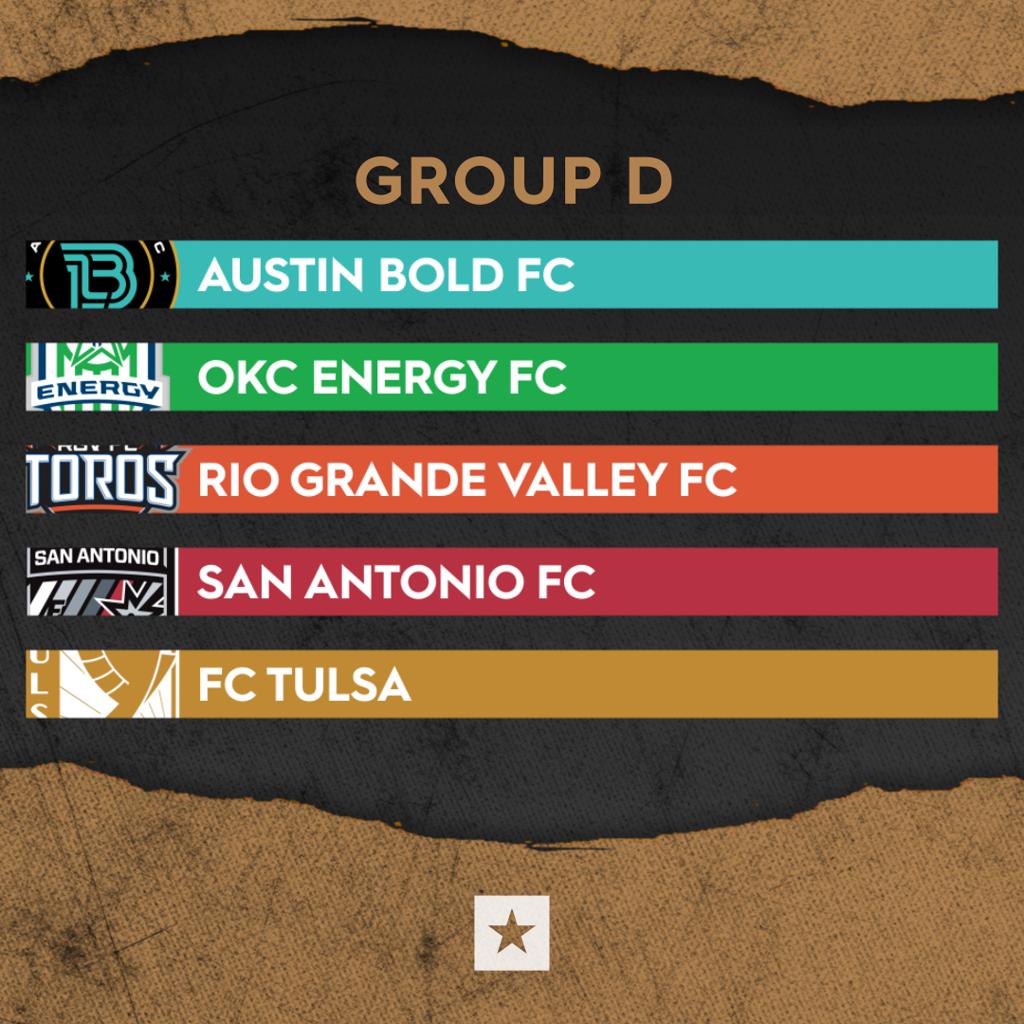 Each team in Group D will play its fellow group members three times. The remaining games will be played against teams that fall within a similar geographic region. San Antonio FC started the season with a 1-0 win over Real Monarchs SLC on March 7. The win will count towards the 16-game season that will be resumed in 2020.