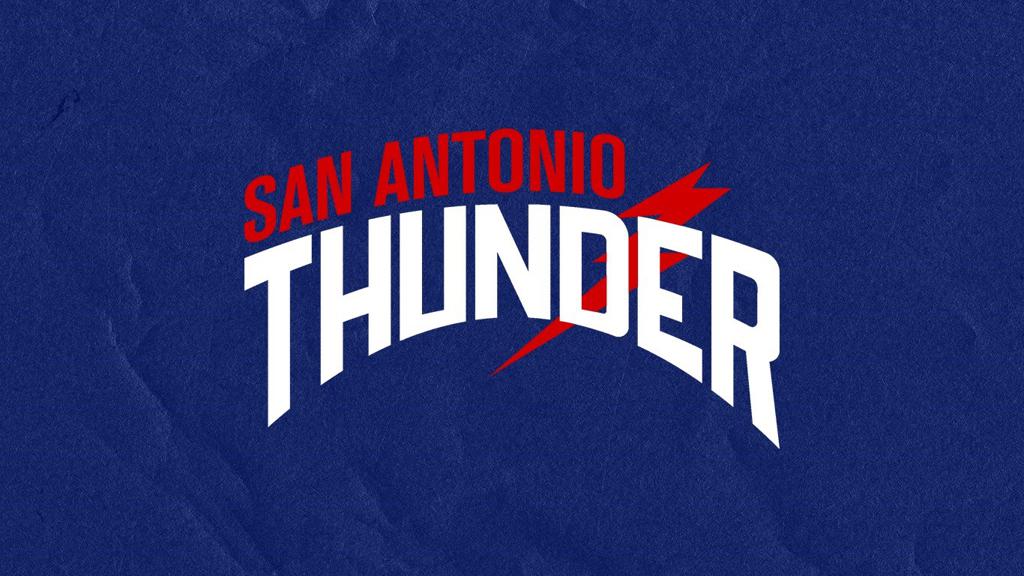 In April 1975, San Antonio and Central Texas joined nineteen other cities and regions in the United States with a professional first-division soccer team when the San Antonio Thunder played their first match in the North American Soccer League (NASL). On Friday April 18th, 1975, the Thunder opened their inaugural season at North East Stadium (now Comalander Stadium) in San Antonio against the other team from Texas in the league, the Dallas Tornado.

How a city with no previous experience with top-level professional soccer became part of this league is an interesting story, which unfortunately ended much too soon when the owners of the franchise moved the team to Hawaii after only two seasons. Over the next few months, Texas Soccer Journal plans to bring the Thunder's stories and memories back to life, many of which have never been shared publicly before. The Thunder organization departed in 1976, leaving barely a trace of its existence, but gifted an enduring legacy in local youth soccer that helped lay the groundwork for expansion of the game into local high schools and eventually the return of professional soccer to the city earlier this decade.

This 45 Year Anniversary series begins with a discussion from June 1974 when the franchise rights were awarded to September when the team was named, and first key hires were put in place.

According to the American Soccer History Archives, soccer in San Antonio dates to the 1800's, though finding a record of any of this is impossible. Like the rest of Texas, the sport never really took off in the region, but various attempts were made, with some success, to organize teams and leagues around World War I and during the 1920's. Over the years, soccer was mostly played by loosely organized teams in city leagues, many ethnic based, that included squads from military bases and others named after the local businesses who sponsored them. Some of these clubs were involved in what were described as State Championships, involving mostly clubs from DFW, Houston/Galveston and San Antonio. Unfortunately, there were periods where organized soccer appeared to have been almost non-existent because these early leagues couldn't be sustained. Local colleges, including St. Mary's and Trinity, had club teams in the Texas Collegiate Soccer League dating back over 50 years ago. Private and parochial high schools also played the sport beginning in the 1970's and a handful of neighborhoods like Prospect Hill near downtown hosted small youth leagues. Other than that, the city had little interest in the sport, and it is difficult to find many local soccer stories in the San Antonio newspapers until the Thunder's owner Ward Lay was awarded the franchise on June 20th, 1974. 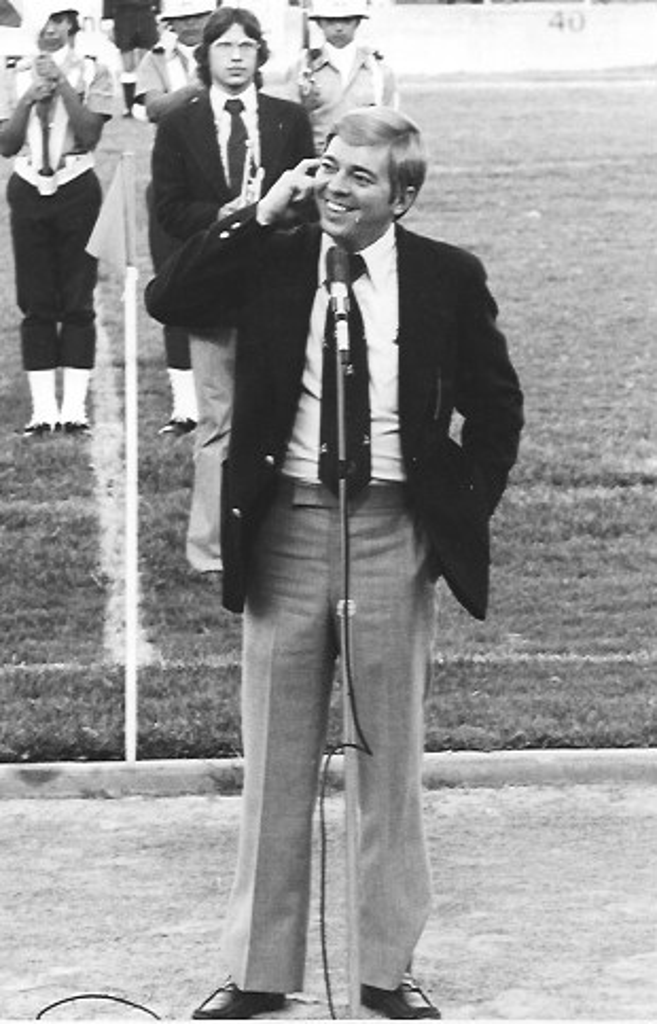 The first public indication that San Antonio was being considered for a professional soccer team came during the 1974 World Cup on June 19, 1974. The San Antonio Light reported that a group primarily consisting of local investors and Dallas businessman Ward Lay were expecting approval of an expansion team at a NASL board meeting later that month. Lay was a Dallas businessman who was the son of the founder of the Frito-Lay snack company. According to the Thunder 1975 media guide, Lay's interest in soccer began when his wife started to coach their son's youth league team. I asked the second Thunder coach, Don Batie, who was close to Lay about this in an interview last month. Batie chuckled and said that he had heard that story too and then commented that recollections of conversations he had with insiders revealed the real reason Lay ended up owning the Thunder had more to do with the individual responsible for most soccer activity in Texas at the time, Lamar Hunt. "I think the real story is that Ward was at a cocktail party at Lamar Hunt's house. At that time Ward was in the market to buy a part of the Houston Oilers NFL franchise that were on the market for many millions of dollars." Batie said that Hunt suggested Lay buy an NASL soccer franchise instead. Hunt, who owned the NASL Dallas Tornado, said that it would be more fun and challenging and that the league had a bright of future ahead of it. Batie then added, "I think Lamar kind of talked Ward into it. That's the story I heard."

On June 20th, Phil Woosnam, the NASL commissioner, visited San Antonio ostensibly to review the franchise application, but practically was on a PR trip since the $250,000 expansion fee check had already been cashed. In a United Press International article, he noted the NASL were interested in expanding into the San Antonio market because of the success of the basketball Spurs and the proximity to Mexico. “I think the public is becoming sports minded here in San Antonio.  It is very close to Mexico and I think the public could have strong ties to soccer with Mexican clubs.  There obviously is very strong potential for a soccer franchise in San Antonio and also because of the rivalry it will have with Dallas and probably one day with a team we'll have established in Houston.” 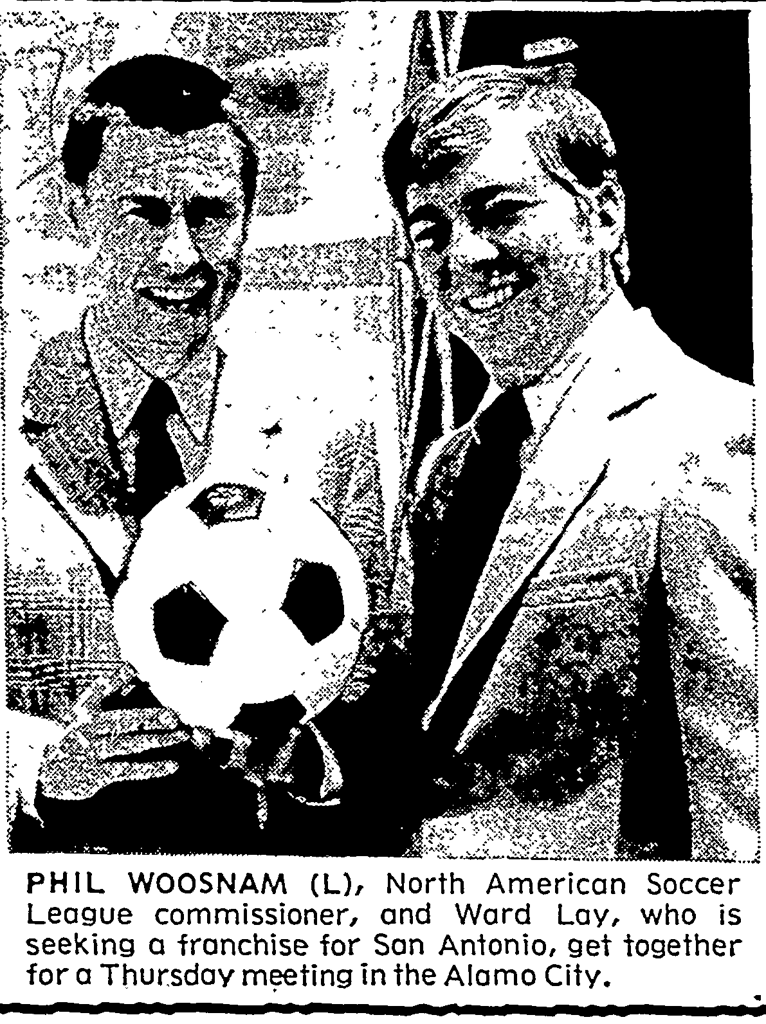 The club was officially awarded a franchise on June 25th in a league meeting in St. Louis. The next day Woosnam returned to San Antonio and held a press conference with Ward Lay. At this gathering, Lay raised two concepts that never came to fruition, entering an indoor team in the NASL tournament to be played later that year and his belief that there was local talent capable of playing in the NASL. Woosnam mentioned that one of the factors NASL considered in awarding the franchise was a feasibility study underway in the city for a future 55,000 seat stadium (eventually the Alamodome). He noted that 9,000-10,000 would be needed for the club to break even, but in an example of the bravado of the NASL in those days, stated "Our league is averaging about 10,000 a game, but we honestly think in 10 years we'll be on a level with the National Football League in attendance." That projection turned out to be true for the New York Cosmos and a handful of other teams a few years later, but sadly 10 years later the league was out of existence.

The team was slow to get organized. In July though, Kyle Rote Jr., a star player for the Dallas Tornado, who spent time as a youngster in San Antonio, returned for a speaking engagement and spoke positively about the future of soccer in San Antonio. He pointed out that Dallas had only 190 youth soccer players when the Tornado began play in the NASL in 1968 and by then in 1974 had over 35,000 playing in organized leagues.

An early indication of the struggle soccer would have taking hold in San Antonio came a few weeks later when the local CBS affiliate was one of only two outlets in the U.S. who chose not to air the NASL Championship match, choosing to show a previously scheduled Charlie Chan and Mr. Moto movie instead.

Better news came in September when Ward Lay announced that Mike Boyle had agreed to leave the Texas League minor league baseball San Antonio Brewers to assume the VP/General Manager role for the soccer team. Not surprisingly, given the state of the sport in the city at the time, Boyle had never seen a soccer game before he took the job. A few days later the club announced, after reviewing 6,000+ entries with 1,500+ different names, that the winner of the "Name the Team" fan contest was San Antonio Thunder. The winning entry, after a draw among the three individuals who submitted Thunder, came from Ken Cooper, a local attorney who had arrived from England a few years before to attend college. Cooper who played on local amateur soccer teams and on both the Trinity soccer and football teams (as a kicker), was one of the go-to experts on anything related to soccer in the community then.

In late September, Alex Perolli was named the head coach of the Thunder. Perolli was quite a catch, having most recently won his second NASL title with the Los Angeles Aztecs and previously with Rochester. Perolli, originally from Albania but now a naturalized Canadian, was a 25-year coaching veteran who spoke 8 languages and had connections around the world that Lay hoped to tap to build the team. 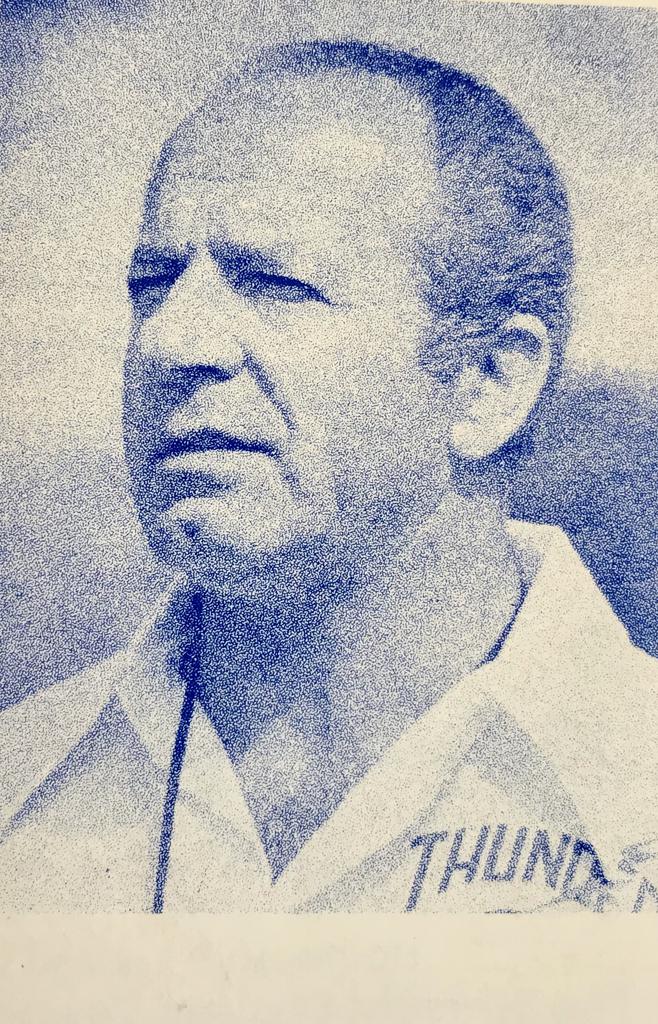 Perolli ended up losing his job early in the year after a bad run of form. His replacement, Don Batie, was the other finalist for the job before Perolli was hired. Batie, who was the head coach at a Northern California university, mentioned in the interview that he believed Ward Lay made the right choice when he hired Perolli as the first coach. "With his international contacts, he was better qualified to recruit and start up a professional team from scratch than I was at the time." Given the local state of soccer in the area and the hiring of a head coach with a strong international pedigree, it was somewhat surprising that Ward Lay doubled down on his commitment to American players when he noted that Perolli would spend the next week in the San Antonio and Austin areas scouting for local talent. There also was a stated commitment to a local tryout, which did occur early the next year, though Perolli wasn't present as he was scouting overseas at the time and no players were signed after the tryout was completed.

In late October the NASL held their annual general meeting at a downtown San Antonio hotel. The Thunder made a presentation on their progress to date and received a positive reception from the league ownership group. GM Mike Boyle, at an end of meeting press conference, touted that the club had already sold 112 season tickets (of the 1,000 they hoped to sell before the season started) in the two weeks since they had been on sale. He noted that "some teams told us they didn't have 112 season tickets sold the day the season opened."

The process used to build the initial roster and the preseason schedule will be the focus of the next article in this 45th year Anniversary series tomorrow.

Follow the San Antonio Thunder 45th year anniversary over the next few months at Texas Soccer Journal (www.txsoccerjournal.com) or on Twitter @txsoccerjournal.