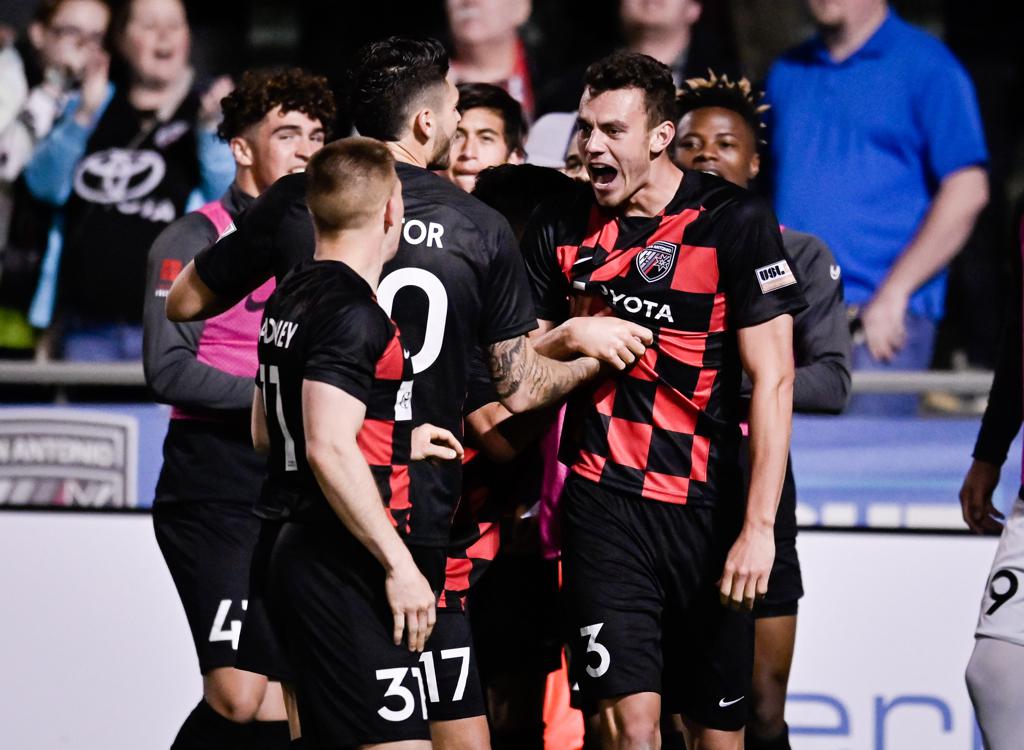 “It’s a great opponent in the reigning champions,” Marcina said. “We knew it was going to be a challenge, but we saw it as a great opportunity to start the season going against them and we wanted to put on a good show for our fans and hopefully they left excited after tonight.”

SAFC scored the lone goal of the match in the 67th minute after forward Luis Solignac received the ball inside the box and found Montgomery with a low cross, which the centerback buried to give the hosts the 1-0 lead. Montgomery also scored a goal in the team’s preseason match against MLS club Orlando City SC last month.

The win propelled the Alamo City club’s run of unbeaten home openers since its 2016 inception. SAFC has posted a 3-0-2 record across their five season openers, with their biggest win coming in their 2017 opener as they beat LA Galaxy II 3-0.

Montgomery earned SWBC Man of the Match honors after helping the team earn its first clean sheet of the season as well, which was led by goalkeeper and San Antonio native Matthew Cardone’s two saves and one claim throughout the match.

San Antonio FC will return to USL Championship action on the road as they travel to face Colorado Springs Switchbacks FC at Weidner Field on Saturday March 14 at 4 pm CT.