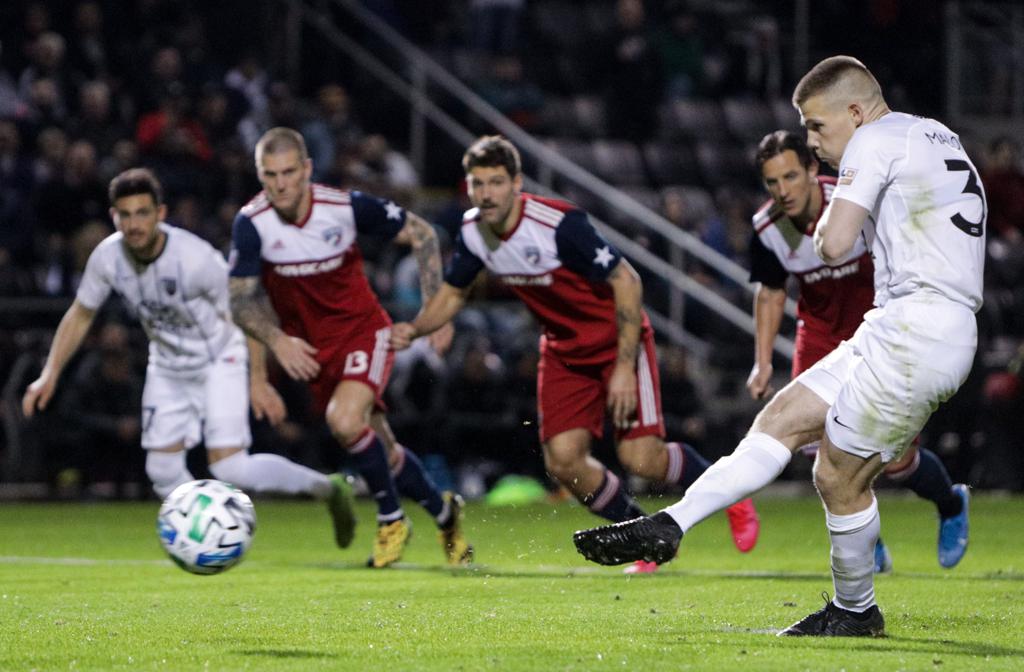 San Antonio FC fell to FC Dallas 2-3 at Toyota Field on Saturday night despite a strong showing from the Alamo City club. Goals from defender Connor Maloney and midfielder Jose Gallegos were not enough to earn a result after FC Dallas scored three late goals in quick succession.

“There were a lot of positives,” SAFC Head Coach Alen Marcina said. “There were a lot of moments in which we made it difficult for a very good FC Dallas team. Our hope was to achieve our tactical and behavioral objectives, and I think the fans saw a taste of our team identity, and hopefully they’re excited to see what lies ahead.”

SAFC opened the scoring in the 66th minute after SAFC Pro Academy player Abraham Lincon drew a penalty shortly after coming into the match as a substitute, which Maloney converted from the spot to earn the lead.

The Alamo City club added their second goal of the night just six minutes later after Gallegos dribbled up the field and buried a shot far-post past goalkeeper Jesse Gonzalez to make it 2-0.

FC Dallas then pulled off the comeback win after scoring three goals in the final six minutes of the match from midfielders Ricardo Pepi and Michael Barrios as well as a late-winner from defender Reto Ziegler. The two sides then played an additional 30-minute scrimmage which ended in a 1-0 win for FC Dallas.

Three SAFC Pro Academy players were able to see game action in the second half with Lincon, Sebastian Mercado and Fabricio Bernal earning minutes. SAFC and FC Dallas ended the night with a 30-minute scrimmage following the 90-minute preseason match.

SAFC will return to preseason action as the team travels to face MLS side Orlando City SC on Friday, Feb. 21.