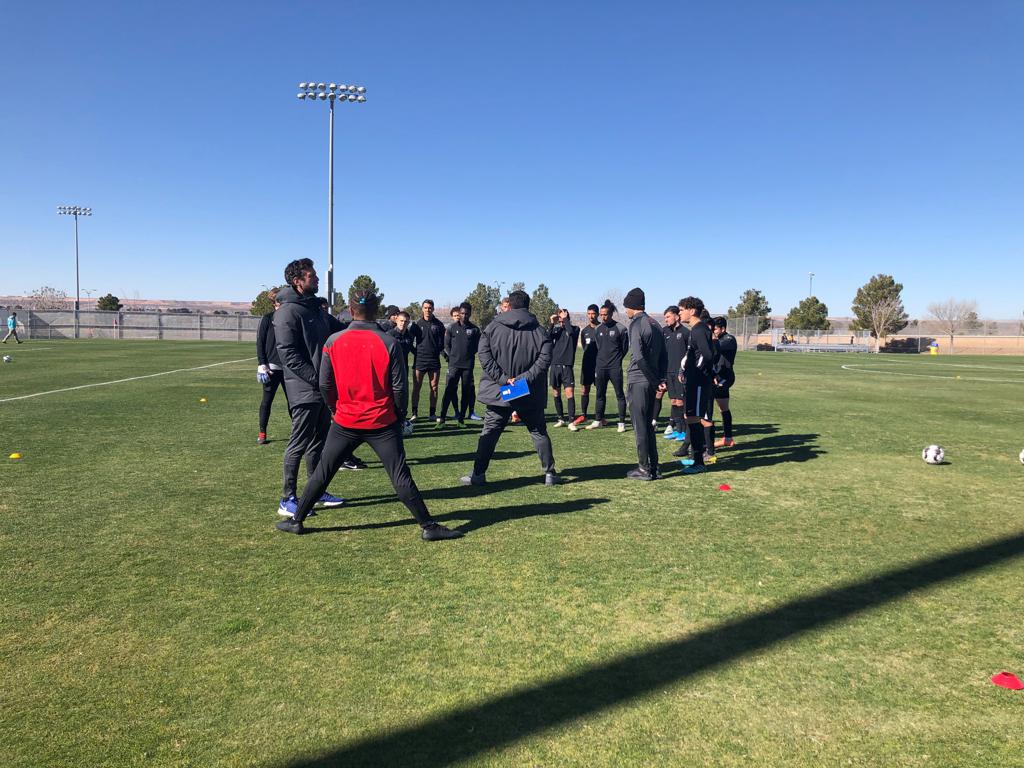 San Antonio FC fell to the El Paso Locomotive 2-6 in preseason action on Friday at the Locomotive’s training complex. After a first half that saw SAFC lead 2-1 at the break, El Paso scored five in the second 45 to earn the victory.

“There are a lot of positives to take from the match,” said SAFC Head Coach Alen Marcina. “In the first half, we were able to impose our pressing identity and put the opponent in tough situations to regain possession of the ball. We have a lot of work ahead of us, but it was also great to see the opportunities earned by our young players as they tested themselves at the highest level against a very good team. It was a great learning opportunity for them.”

SAFC started the match well and opened the scoring when Gonzalo Di Renzo scored his second goal of the preseason. After defender Hunter Gorksie broke up play and sprung the ball forward, Di Renzo capitalized with a smooth finish. SAFC doubled its lead when Jesus Enriquez was played through on goal from Connor Maloney. Enriquez found himself one-on-one with the keeper and unselfishly laid it off to Jose Gallegos to found his second preseason goal via a tap in.

SAFC made eight changes at halftime, which included debuts for Santiago Viera and Ignacio Bailone. In addition, the club saw six players aged 17 or younger on the field, including five from the SAFC Pro Academy and ETP.

SAFC will play its third preseason match this Wednesday at Toyota Field against MLS side FC Dallas. Tickets to the match – that kicks off at 7:30 p.m. – are on sale now.