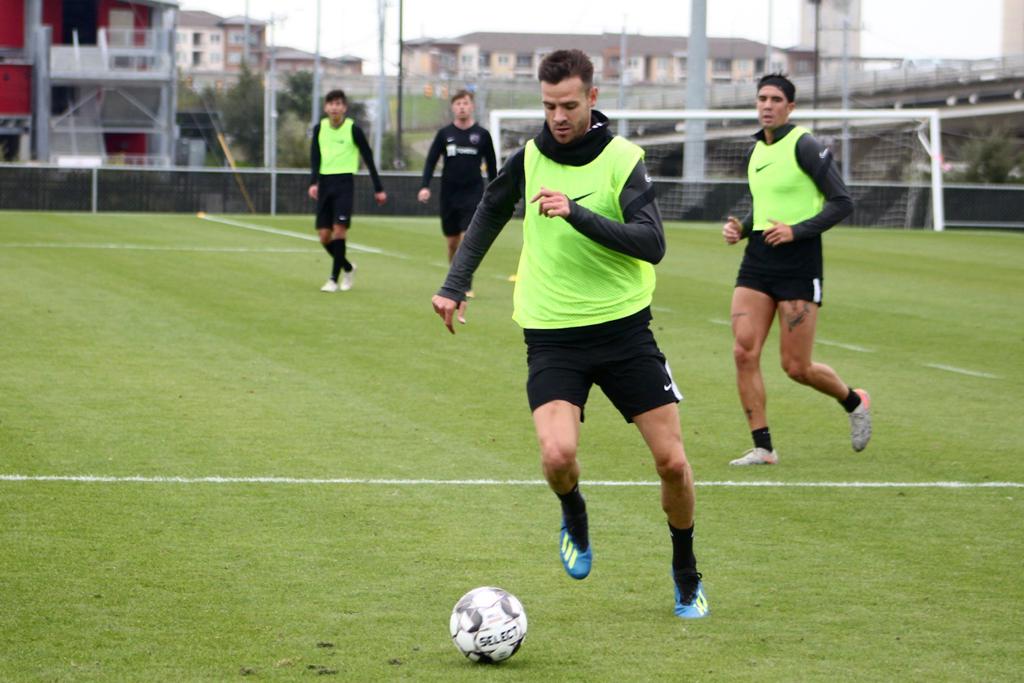 San Antonio FC has signed forward Luis Solignac for the 2020 USL Championship season pending league and federation approval, the team announced today. Per club policy, terms of the deal were not disclosed.

"As a staff, we are very excited to welcome Luis to the SAFC family,” said SAFC Head Coach Alen Marcina. “Luis brings extensive MLS and overseas experience, along with being an excellent leader on and off the field. Luis is an intelligent striker, very good in combination and is fully committed to our team culture and game model."

Solignac joins San Antonio after most recently playing with the Chicago Fire (MLS) from 2016-18. During his time with the Fire, Solignac appeared in 58 league matches, scoring nine goals in 4,017 minutes. The Argentinian originally made his way to Major League Soccer in 2015 when he joined the Colorado Rapids, making 33 league appearances before being traded midseason to Chicago in 2016.

Overall in his MLS career, the 28-year-old appeared in 90 regular season matches, making 72 starts while recording 12 goals and nine assists in 6,264 minutes played. Solignac also appeared in seven Open Cup matches between the Rapids and Fire from 2015-18.

“I’m very happy and proud to be here,” said Solignac. “I feel very aligned with the identity of the club after these first few days of training camp. We are heading into preseason with high expectations and our goal is to get into playoffs and fight for a championship. That’s why we are here and that’s why we play this game.”

Solignac made his professional debut for Club Athletico Platense in his native Argentina before embarking on four different loan spells from 2009-14. The forward’s most successful stint on loan came in 2014 when he scored 14 goals in 32 appearances with IFK Mariehamn of the Finnish first division. Solignac’s other stops include Djurgarden (Sweden), Nueva Chicago (Argentina), SC Braga (Portugal) and Club Athletico Banfield (Argentina).

Solignac will wear No. 9 for the club.