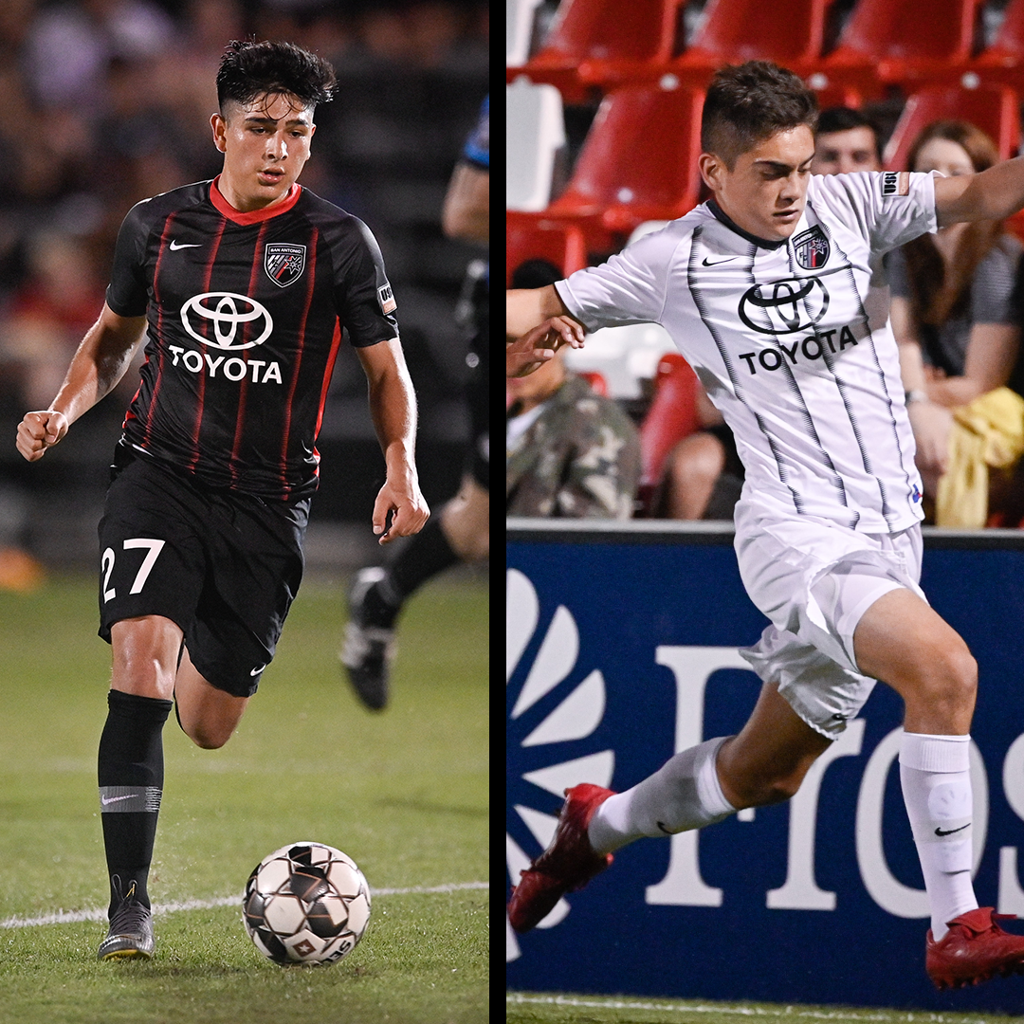 San Antonio FC midfielders Leo Torres and Jose Gallegos will return for the 2020 USL Championship season pending league and federation approval, the team announced today. Gallegos returns as a USL Academy player while Torres continues to be the youngest current professional on the SAFC roster. Per club policy, terms of the deals were not disclosed.

"As a staff, we are excited to continue to work with both Leo and Jose for the upcoming season in 2020,” said SAFC Head Coach Alen Marcina. “Both players have demonstrated to the technical staff that they have the necessary qualities, commitment and desire to both develop and contribute positively to our environment. Our club is committed to providing opportunities to our youth players to develop within our fully integrated pathway and then provide opportunities for these players when they are earned."

Both Torres and Gallegos made their SAFC debuts last season in the U.S. Open Cup second round at home against the Laredo Heat. The two midfielders came on as second-half substitutes in the victory over Laredo as San Antonio progressed to the third round. The Open Cup match would be Torres’ only appearance in 2019 while Gallegos would go on to appear in 14 league matches (600 minutes) while recording a goal, assist and 11 chances created.

Last season, Torres was the first full-time SAFC Pro Academy player to sign with the first team and was – at the time - the youngest professional signing in USL Championship history at 15 years, 23 days. Torres originally joined the SAFC Pro Academy ahead of its 2016 inaugural year and was part of the initial squad that the program fielded (birth year 2004). Throughout his time with the SAFC Pro Academy, Torres has been called up to U.S. Youth National Team camp on multiple occasions, including his recent stint with the U-15 national team. Prior to his time in the academy, Torres played for San Antonio FC affiliate club SA City SC.

Gallegos was originally discovered by SAFC after participating in the club’s Elite Training Program. The midfielder also appeared in preseason matches with the club prior to the start of the 2019 USL Championship season. Gallegos played his club soccer with Classic Elite Soccer Club in San Antonio while also attending and playing for Central Catholic High School. While with Central, Gallegos won a TAPPS State Championship in his junior season while the Buttons were ranked number one nationally.