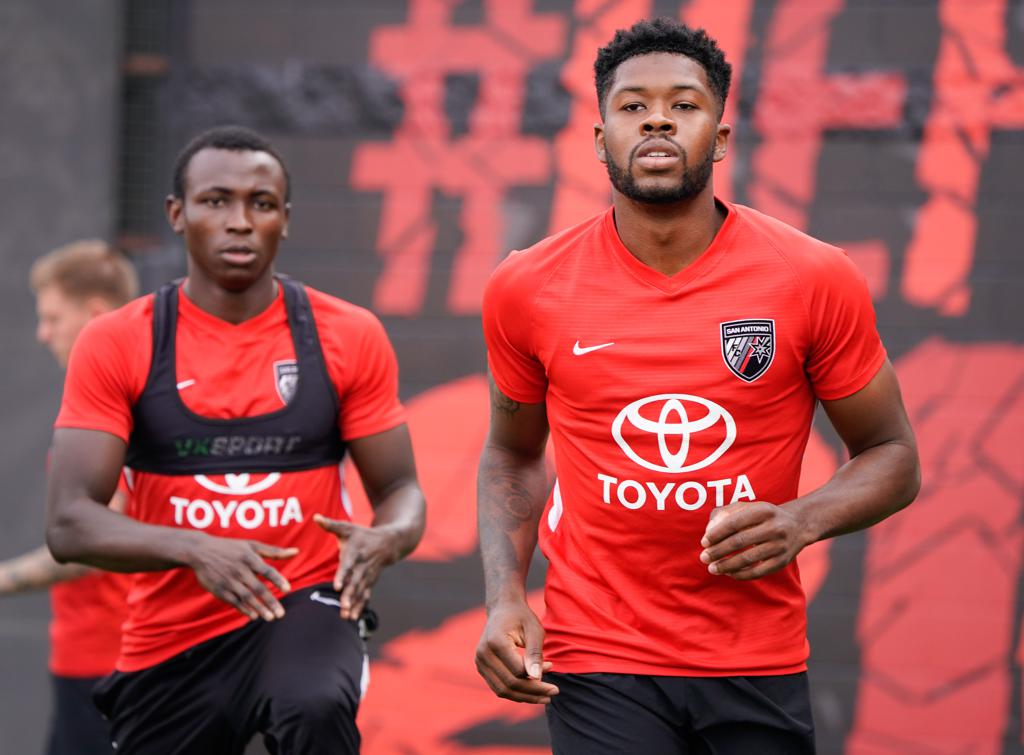 2020 promises to be an exciting year in a number of ways for San Antonio FC. The club embarks on the new season with a new leader on the field – Head Coach Alen Marcina – while the roster looks like it will welcome at least a dozen newcomers. Despite the changes SAFC has undergone over the current offseason, certain aspects of the team will have a familiar feel. In part, the SAFC defense will be returning at least four players from 2019 – Eby Ackon, Josh Yaro, Kai Greene and Matthew Cardone.

Each of those returners contributed in a big way last season, earning accolades and setting multiple records along the way. Ackon was one of the best performing rookies in the league, playing 33 games and compiling 2,970 total minutes. He finished at least top three in all major defensive categories for San Antonio while leading the team in duels won (278). Yaro brought his MLS experience and led the back line in 32 matches while recording the most clearances (126) and blocks (26) on the roster. Cardone played a full season as the club’s number one and set a single-season SAFC record with 94 saves over the course of his 33 games. Lastly, Greene completed one of the most successful seasons from an SAFC defender in team history. The versatile fullback set a single-season minutes record for the club, compiling 3,060 as he played every minute of the league campaign. Greene led the Western Conference and ranked second in the USL Championship with 64 tackles won, while he also led the team in interceptions (48), tackles (103), aerial duels (156) and aerial duels won (102). 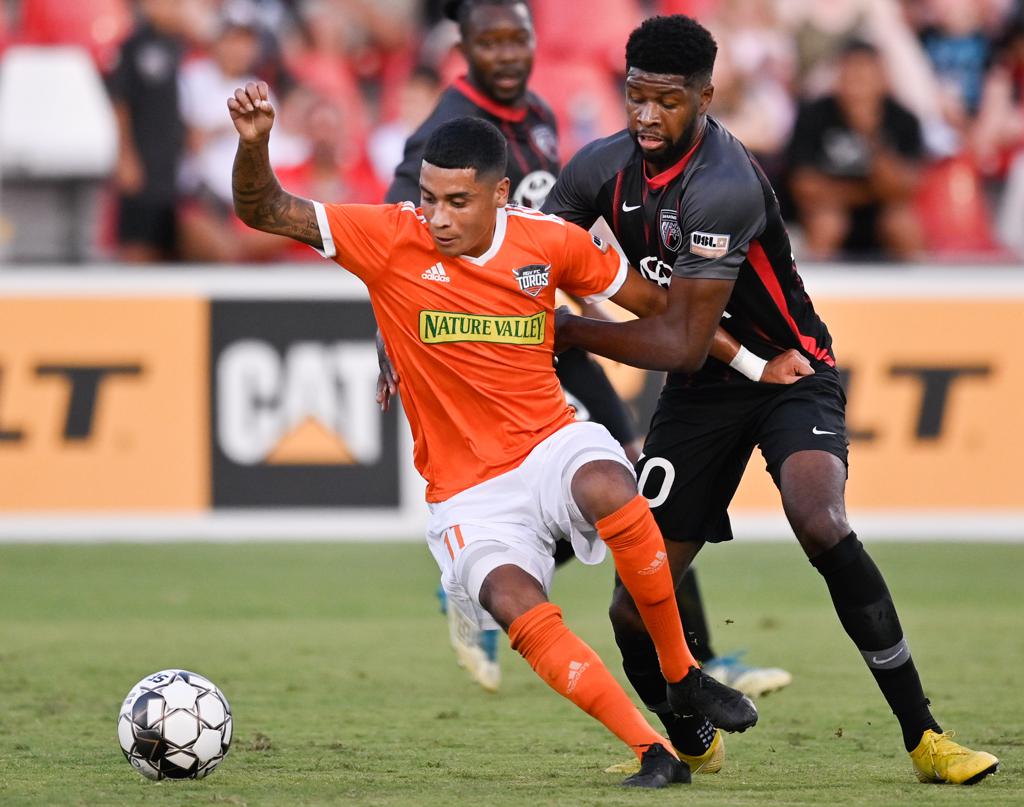 Despite the new roster the team will carry into 2020, the consistency that these particular players bring back to SAFC will play a huge part in their success this upcoming season.

“We’ve been together for a over a year now,” Greene said of his defensive teammates. “We have the chemistry already there and we can build on it from last year. Our goal is to be one of the best defenses in the league, and it starts with the guys that we had last year and the new guys we are bringing in. We have to be a family out there and one of the best defenses out there.”

These four will pair with the other defenders announced for 2020 including Connor Maloney, Blake Smith and Hunter Gorskie. As a collective, the defense knows it needs to improve from their 2019 form to achieve their postseason goals. Yaro believes that with the way the squad is shaping up, its going to give them a good chance to be successful on the field in 2020.

“It’s a strong group that’s coming back,” said Yaro. “The guys added and the guys we’ve kept are really strong. It’s a dynamic team with a lot to give. Everyone has different experiences that together will create a very good chemistry. Coach Alen and his staff are doing a great job assembling a team that is going to be able to compete for a USL championship.”

“I’m glad to be back,” Greene added. “We have some unfinished business to take care of. It was a bad feeling leaving the season off the way that we did. We are going to make the playoffs, put me on the record. That’s the bare minimum. That’s the team goal. Make playoffs and fight for a trophy and bring it back to the city. The fans deserve it.” 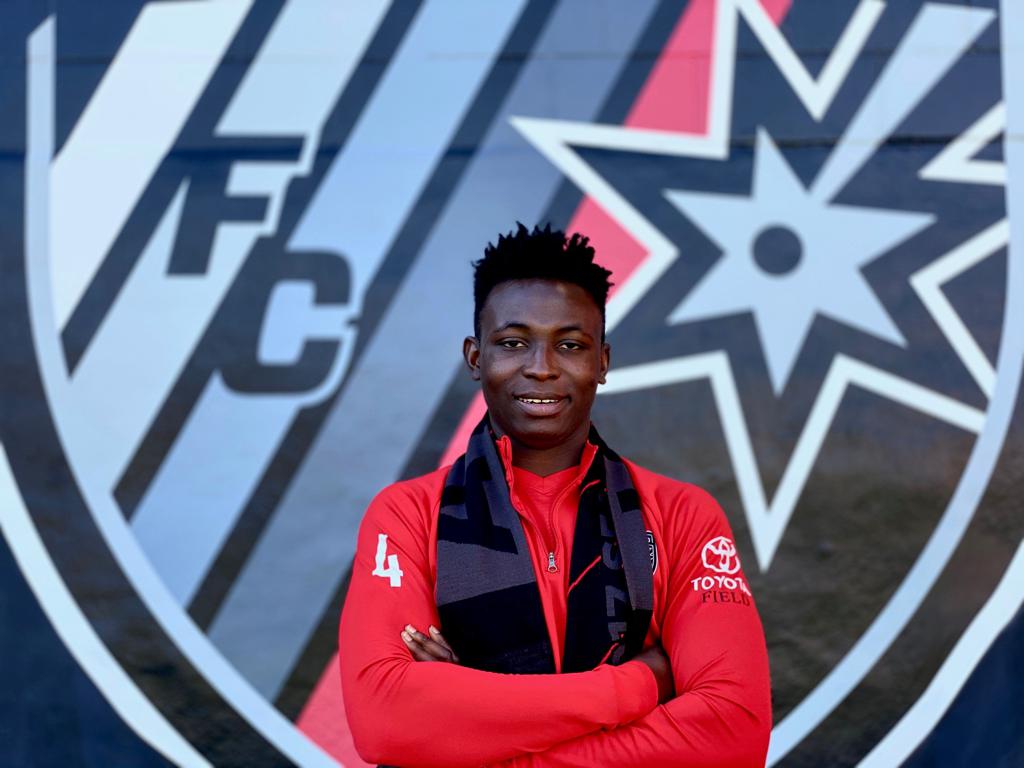 Speaking of SAFC fans, each of the four returning defenders praised the Alamo City faithful at every turn. All of them know that their success is hugely dependent on the incredible fan support and atmosphere that SAFC supporters generate every time out. In accordance with their recognition of the amazing support they receive, each player recognizes that the club owes it to the fans to perform better on the field this season. Each of them wants nothing more than to bring success to San Antonio and its amazing fan base.

Ackon was embraced in his first year by the SAFC faithful, as were Greene and Yaro, and Cardone has heard his name sung by fans for four seasons now. Each player feels fortunate to be able to wear the jersey and represent this community.

“I really like being a part of this city and playing in front of the fans,” said Cardone. “The culture in the club as well as the local community is really welcoming, and I’ve always enjoyed that. I’m excited to be a part of it for another year.”

“If you look at most of our points that we earned during the season, they were at home and that’s not a coincidence,” Yaro added. “We are strong at home and it’s a tough place to play because of the fans and atmosphere they create, because that gives us the push to continue to fight. As a team we are really fortunate to have a fan base like that, even when going through tough times. They stood behind us until the end, and I think this year we owe them a better season, which we are looking forward to doing as a team.” 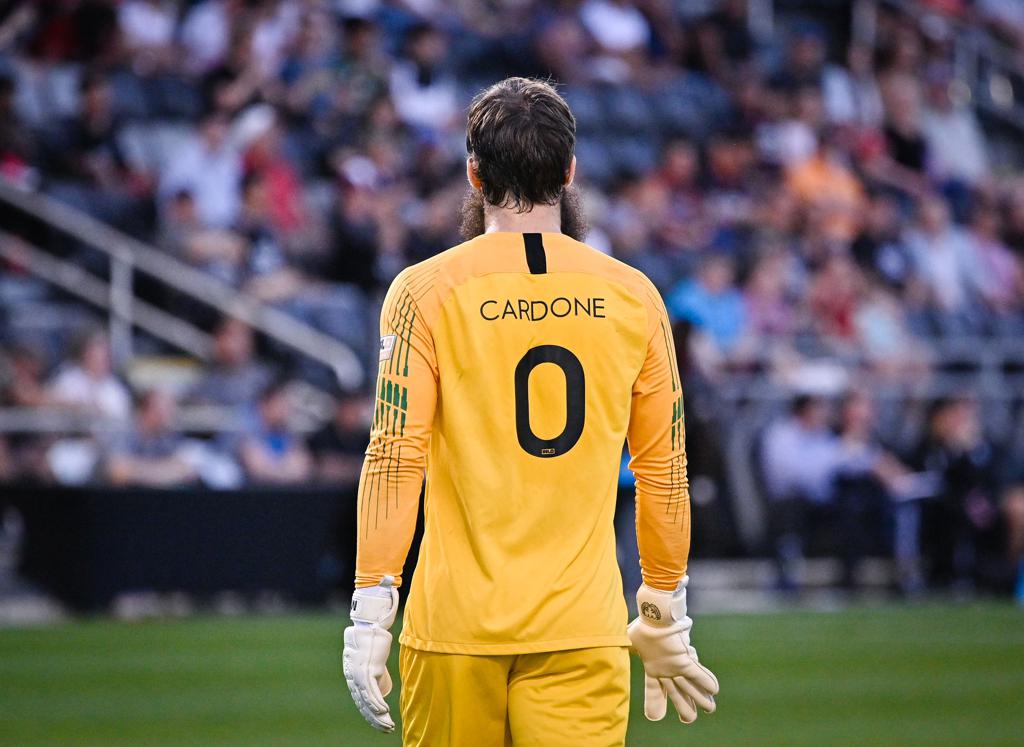 On the field, the team as a collective knows what it takes to be successful. Hard work and commitment are just pieces to the culture breeding at SAFC, and everyone is bought in. For Cardone who has been here since the club’s inception, he recognizes the importance of a strong year.

“I think everyone knows that we are trying to be successful as we can be,” said Cardone. “I think SAFC has the pieces and resources to make that happen. This year is a big year to bring success on the field.”

With training camp just two weeks away, the roster continues to grow, and the current players and staff are beginning to prepare to start again. The club opens its season on March 7 at home to the defending champion Real Monarchs SLC, so the tough tests begin immediately.

Along with the tough tests and start of training camp, these four returning players are just looking forward to once again putting on the shirt and ‘getting to work’. 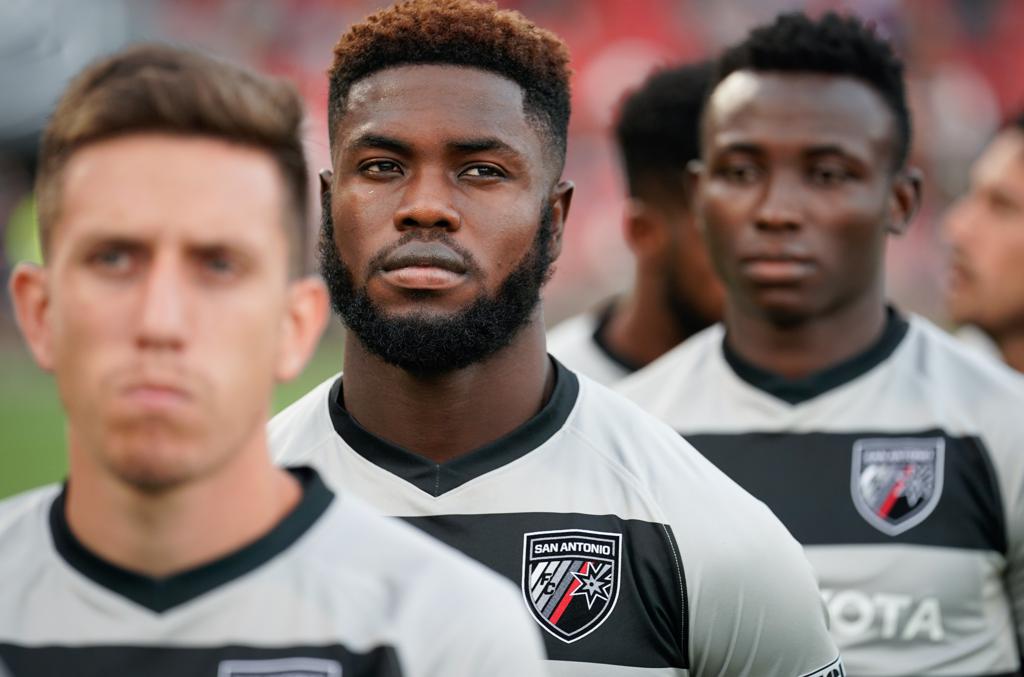 “I’m really excited to return to SAFC for another year,” said Cardone. “I have been privileged to be a part of this club for the last few years, and I’m excited to continue that. It’s cool to still be a part of the club and be valued by the club since 2016 and hopefully I’ve returned that favor as well.”

“It’s good to have a coach on your side that believes and trusts on you so you can play to the best of your abilities,” said Greene. “Alen knows my style of play and who I am as a player and that helps you a lot when you are on the field. I can’t wait to get the season started.”

“It’s a great honor to be a part of this family for the 2020 season,” Ackon said. “I’m very thankful to SAFC and everyone who has contributed to my professional journey. I can’t wait to get back to business and achieve great things with the team this season.”

"It's good to be back,” concluded Yaro. “San Antonio is a place I consider home now. Last year, we didn't achieve what we wanted, so I wanted to be part of this team that seems to be a strong group so far. I'm excited to work with Coach Alen and this organization, and I'm excited to play in front of our fans again and make something special out of this year."