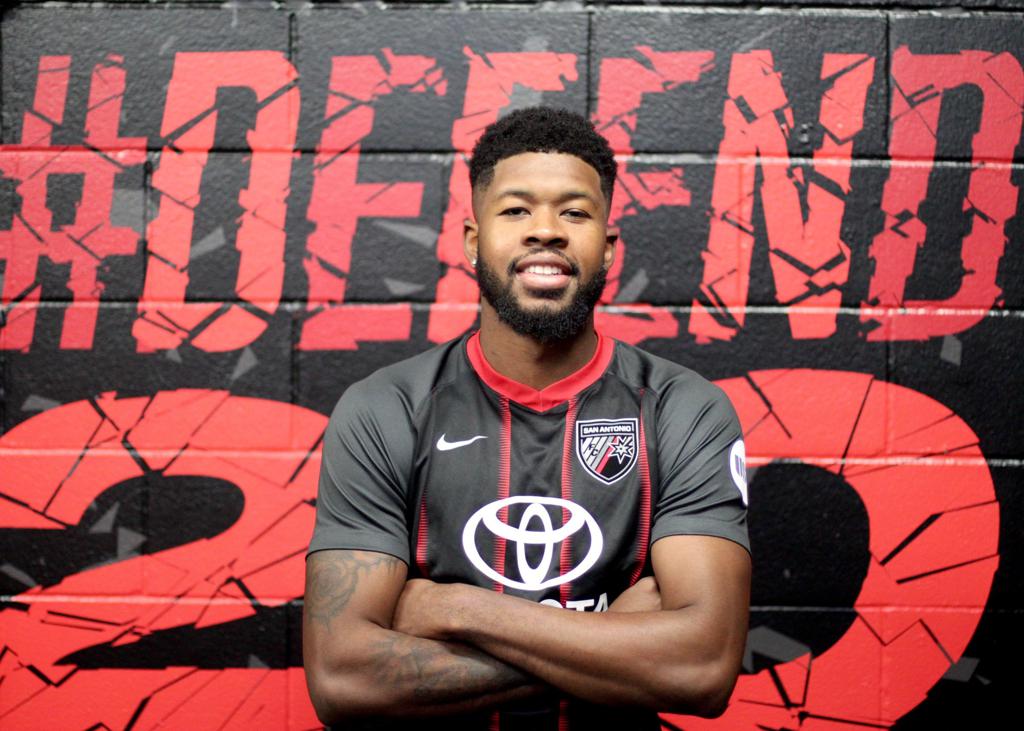 San Antonio FC has re-signed defender Kai Greene for the 2020 USL Championship season pending league and federation approval, the team announced today. Per club policy, terms of the deal were not disclosed.

"As a staff, we are excited to welcome back Kai Greene for 2020,” said SAFC Head Coach Alen Marcina. “Kai is a versatile defender who leads by example and excels in one-v-one situations. As a consistent performer among league leaders in minutes played, Kai is a great asset on the field and fully invested in our club and community."

Greene played every minute of all 34 league matches with San Antonio last season, setting the club’s single-season minutes record with 3,060 after surpassing the previous record of 2,870 set by Darnell King in 2018. In addition, Greene’s 64 tackles won ranked first in the Western Conference and second in the USL Championship in 2019, marking the second time Greene has finished second in the league in tackles won (also, 2017 – 73 tackles). He also led SAFC in interceptions (48), tackles (103), aerial duels (156) and aerial duels won (102). The defender made the second-most passes on the club last season (1,726) while recording an 83.3 percent passing accuracy. Greene added one assist and 14 key passes from his defensive position.

The 25-year-old joined SAFC prior to the 2019 season after previously playing for rivals RGV FC from 2016-18. Overall in his professional career, Greene has played in 102 USL Championship matches, tallying 8,431 minutes of action.

“I’m glad to be back in San Antonio,” said Greene. “We have some unfinished business to take care of and, we want to make the playoffs and fight for a championship. I’m thankful Alen believes in and trusts in me and I can’t wait to get the season started.”

Prior to his professional career, the defender played four years of Division 1 collegiate soccer at Seton Hall University from 2011-2014, scoring nine goals and recording six assists for the Pirates including a career-best five goals during his senior year. Greene earned training opportunities in Europe with German clubs Borussia Neunkirchen and SV Elversberg in 2015 after his time in college. The New Jersey native then signed his first professional contract with RGV FC ahead of the club’s inaugural season in March 2016.