SAFC Season to Open on March 7 at Toyota Field vs. Real Monarchs SLC 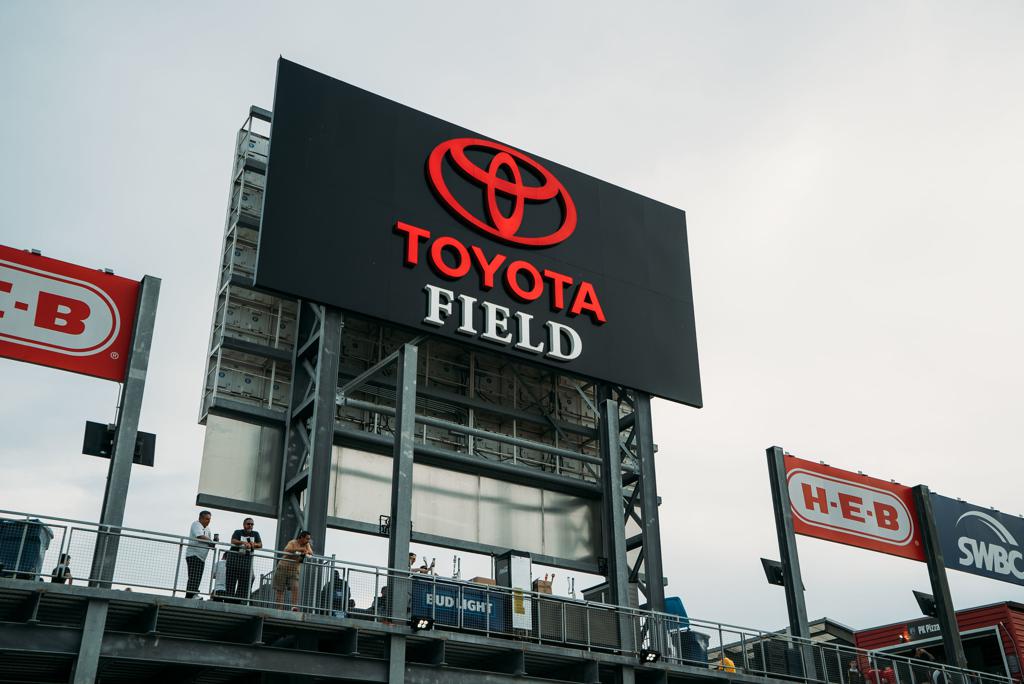 San Antonio FC will open the 2020 USL Championship season at Toyota Field for the second consecutive year when they host the defending league champions Real Monarchs SLC on Saturday, March 7. The game marks the first of two home matches in March as the club welcomes Phoenix Rising FC to the Alamo City on March 21. SAFC rounds out its first month of the season with two road games – on March 14 in Colorado Springs and March 28 in Las Vegas.

Once again in 2020, San Antonio FC will play every Western Conference team twice – once at home and once on the road – meaning each of San Antonio’s 17 home matches at Toyota Field will again feature a unique opponent. SAFC will host two separate three-game homestands with the first spanning from May 23 to June 6 while the latter comes later in the season from Aug. 20 to Sept. 12. The club’s longest road trip comes from Aug. 6-22 when it will play four straight away matches at New Mexico United, Orange County SC, LA Galaxy II and FC Tulsa.

SAFC will embark on the second annual Copa Tejas starting with its match at RGV FC on April 18. San Antonio will once again play six Copa Tejas matches, with the home tilts coming on May 30 vs. Austin Bold, July 25 vs. RGV FC and Aug. 29 vs. El Paso Locomotive. Over the course of the 2020 season, SAFC will play 26 Saturday matches, three Sunday matches, three Wednesday matches, one Thursday and one Friday match.

San Antonio FC will get in on the local celebration by hosting its ‘Noche de Celebracion’ match on Saturday, April 25 when the club welcomes Reno 1868 FC to Toyota Field. In addition, SAFC will celebrate the Fourth of July holiday when Orange County SC visits in the Alamo City on Friday, July 3. San Antonio will also face Western Conference expansion side San Diego Loyal for the first time at Toyota Field on May 23, before playing the reverse fixture in Southern California on July 18. The full SAFC promotional schedule will be released at a later date. 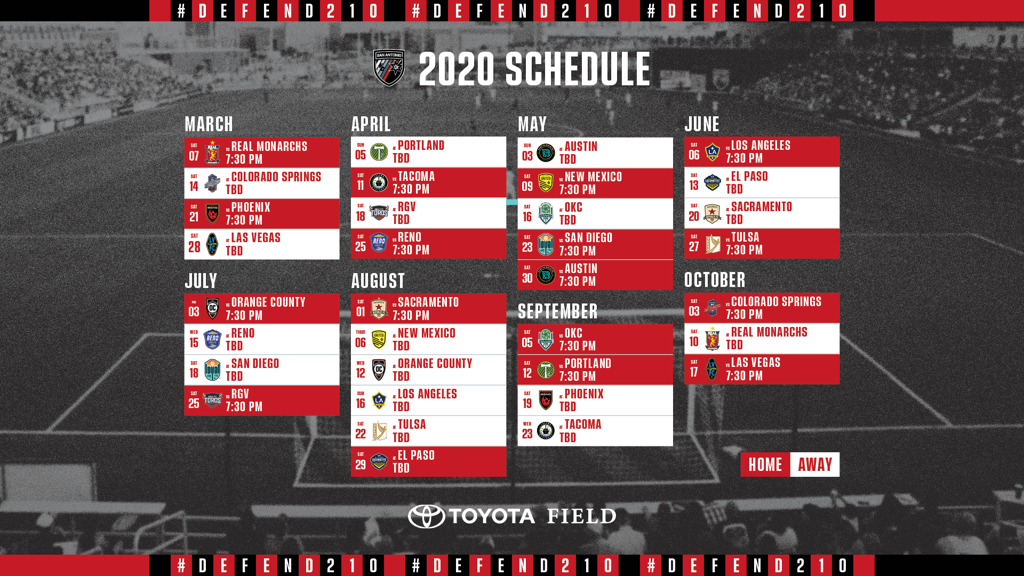 Fans can currently purchase a two-game bundle that includes the home opener against Real Monarchs SLC and the upcoming preseason friendly against FC Dallas (MLS) on Feb. 12. Supporters who would like to guarantee their place at Toyota Field for the upcoming season can purchase season tickets or partial flex plans by calling or texting 210-444-5657 or by visiting SanAntonioFC.com. All 2020 SAFC home matches will kick-off at 7:30 p.m., and tickets for individual games will go on sale at a later date.