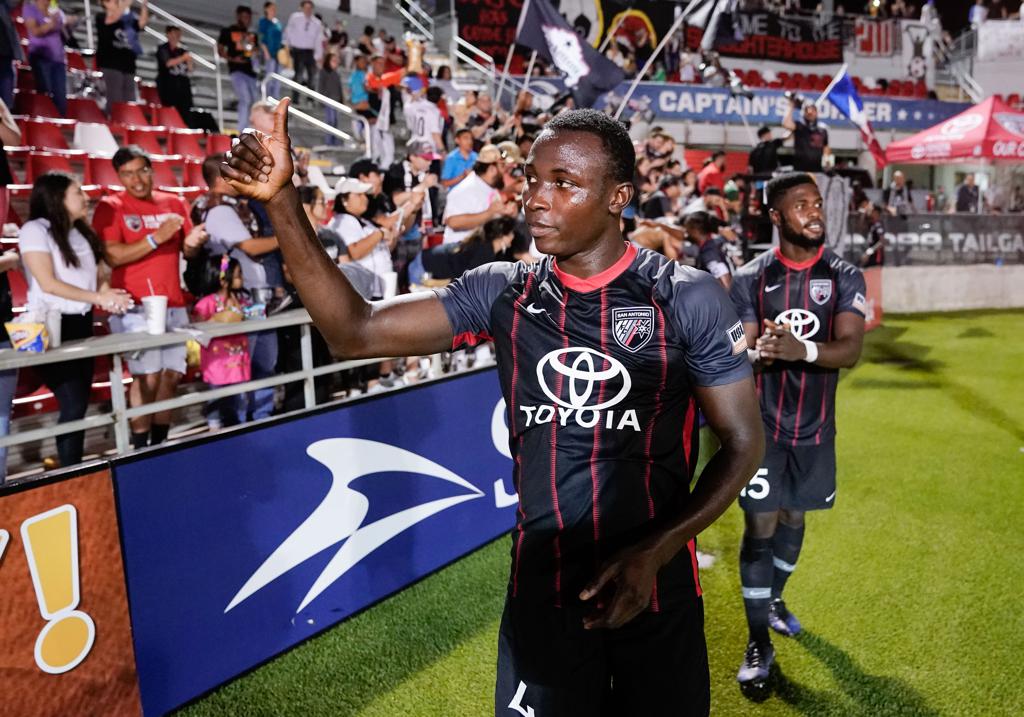 San Antonio FC has re-signed defender Joshua Yaro for the 2020 USL Championship season pending league and federation approval, the team announced today. Per club policy, terms of the deal were not disclosed.

"We are thrilled to re-sign and welcome Josh Yaro back to the SAFC family,” said SAFC Head Coach Alen Marcina. “Josh is the epitome of players we seek as a club. He demonstrates excellent leadership on and off the field, he is committed to our club and community and he has showcased as one of the premier center-backs in the league.”

Yaro appeared, started and played all 90 minutes in 32 league matches with SAFC last season, compiling 2,871 total minutes played. Defensively, Yaro led San Antonio in clearances (126) and blocks (26), while ranking third on the team in passing accuracy (89.0 percent). The 25-year-old scored his first professional goal last season when his header found the back of the net on Aug. 30 in Tacoma.

Originally drafted in the first round (second overall) by the Philadelphia Union in the 2016 Major League Soccer SuperDraft, Yaro made 17 appearances totaling 1,326 minutes in his rookie season while helping the club make the MLS playoffs. Overall in his professional career, Yaro has made 41 total appearances between the Union and the Union II – the Union’s USL Championship affiliate -- tallying 3,204 minutes while receiving just four yellow cards. The defender was a Generation Adidas athlete, becoming one of seven selections of the 2016 class.

"It's good to be back,” said Yaro. “San Antonio is a place I consider home now. Last year, we didn't achieve what we wanted, so I wanted to be part of this team that seems to be a strong group so far. I'm excited to work with Coach Alen and this organization, and I'm excited to play in front of our fans again and make something special out of this year."

Born in Ghana, Yaro played college soccer at Georgetown University for three seasons from 2013-15. Following his junior and final season with the Hoyas, Yaro was named the Big East Defender of the Year and an NSCAA First-Team All American. The defender was named the college Player of the Year by TopDrawerSoccer.com in 2014 following his sophomore season. While in college, Yaro also played for the Baltimore Bohemians in USL League Two.