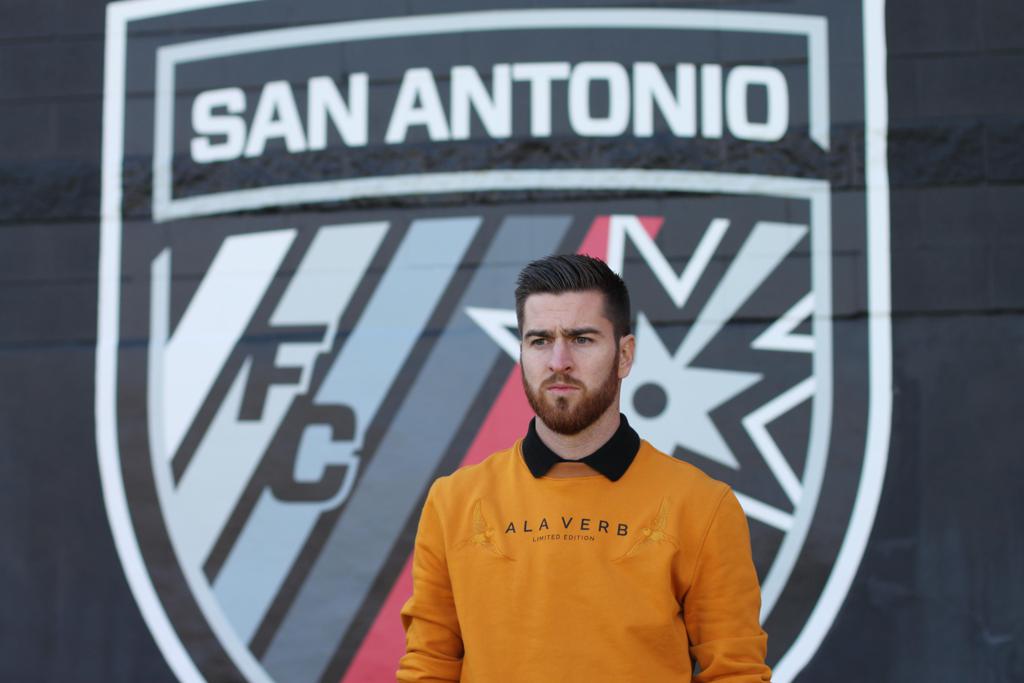 Blake Smith often smiled with excitement during his tour of Toyota Field last week alongside his wife Ross, and SAFC Head Coach Alen Marcina. Who can blame him? There is plenty for the 28-year-old experienced pro to smile about these days. Smith was touring the stadium after he signed a contract to join San Antonio FC for the 2020 USL Championship season, but the kicker was that the Boerne, Texas native was finally returning home to play for his hometown club.

Smith joins the Alamo City club as it enters a relatively new era under newly appointed head coach Alen Marcina. After getting the job earlier this month, Marcina immediately began the search process for the 2020 SAFC roster, and after the formality of exercising a couple of options, Marcina made sure to bring in Smith – a top target to play on the left side of defense next season.

“Blake is a first-class professional,” said Marcina. “He holds championship experience and fits the player profile of our defined game model. We are excited to have him at San Antonio FC." 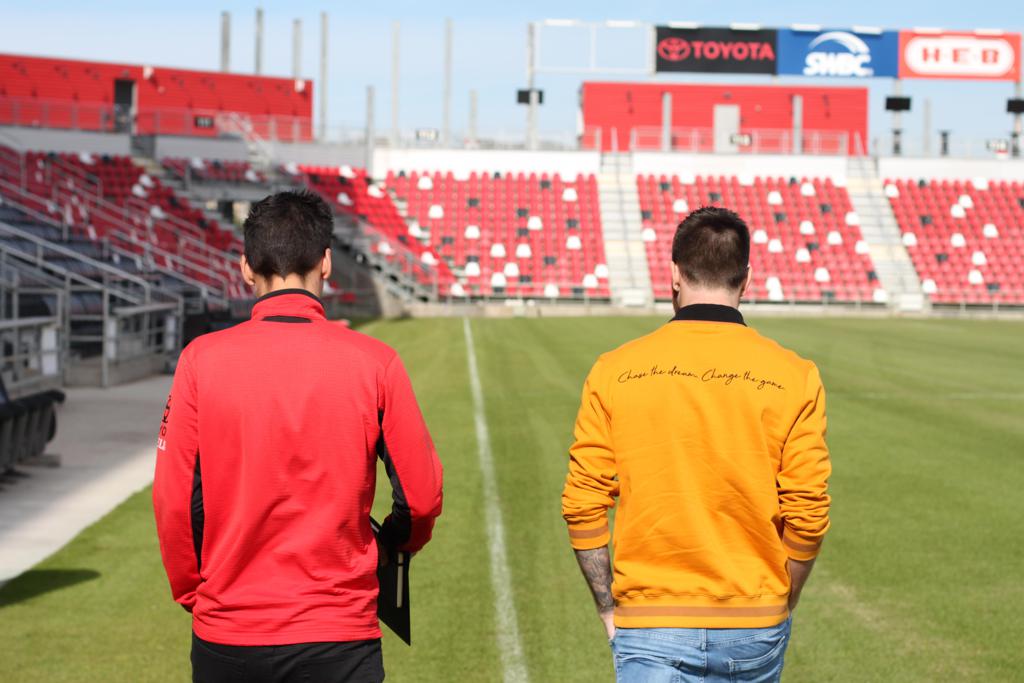 On the field, its clear what Smith will bring to the team. A hard worker who constantly gives his all for his club, Smith is a stout left-sided defender with attacking skills that can get him involved in creating chances on the forward side of the ball. He has consistently created scoring opportunities and recorded assists in all of his stops throughout the USL, NASL and MLS.

“I’m a passionate player that will always give 150 percent and do the best he can to help out his teammates,” Smith added. “I bring experience and I’m an attack minded player on the left side. I get up and down the left flank and create opportunities whether that be through crosses or cutting inside. I bring an engine and a work rate.”

Off the field, Smith has a reputation as a great teammate, an exceptionally hard worker and someone who is community driven. Each trait fits what San Antonio FC identifies as key in the player and staff recruitment process.

The South Texas native brings his skills to the Alamo City after an impressive professional career to date. Following his time at the University of New Mexico, Smith was drafted by the Montreal Impact (MLS) with the eighth pick in the 2013 SuperDraft and went on to make 30-plus appearances for the first-team and reserves. He then made stops with Indy Eleven, Miami FC, Yverdon-Sport in Switzerland and FC Cincinnati before joining Pacific FC in the Canadian Premier League in 2019.

He finished runners up with the Impact in the 2014-15 CONCACAF Champions League, he won a regular season title in 2018 with FC Cincinnati and he was named to the NASL Team of the Week four times in 2017 with Miami FC. Combine these with his high school and college accolades, and you’ll see that Smith has already racked up plenty of accomplishments at 28 years old.

But 2020 with San Antonio FC also offers something new and unique for Smith. He has the chance to play in front of his family and friends on a regular basis. After seeing him play live as a professional maybe once or twice a year, Smith’s family will now plan to be at every SAFC home match in 2020. That is huge for him.

“It’s something that everyone dreams of happening when they are professionals and it’s not always possible,” said Smith. “For me to be able to be close to family and also have them at every home match is very special. I’m over the moon and happy to play at home, and my family is going to be delighted to be at home matches this year.” 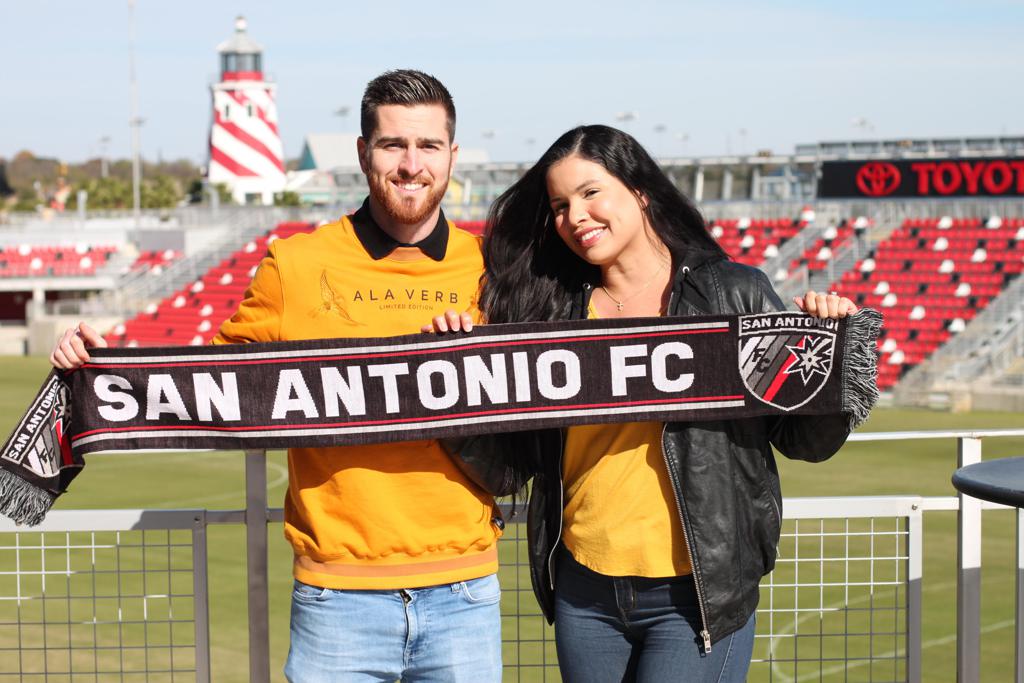 Smith is clearly well traveled in his professional days, living in new cities and countries that some would hope to accomplish in a lifetime. Coming back to San Antonio, he notices the strides the soccer landscape in the city has taken since he originally left in 2009. While on his way to being named the San Antonio Express-News Player of the Year in 2009, Smith played for Boerne Champion High School and played his club soccer with Classics Elite. Back then, there was no club attached to a professional team, and the now fully funded SAFC Pro Academy was a pipe dream at best.

Smith recognizes with the new infrastructure that SAFC has helped expand in San Antonio, there are more opportunities for young players to get noticed and be successful. Between the youth component, the professional facilities in San Antonio, and the passion of the fans, Smith sees a whole new soccer world in the Alamo City.

“The facilities here are some of the best I’ve seen, definitely at the USL level, but even at the MLS level some of the facilities aren’t as nice as this,” Smith remarked. “Nowadays, these kids have some advantage to play in this environment and learn under these circumstances and coaches. I am definitely jealous we didn’t have this when I was growing up here and playing club soccer.” 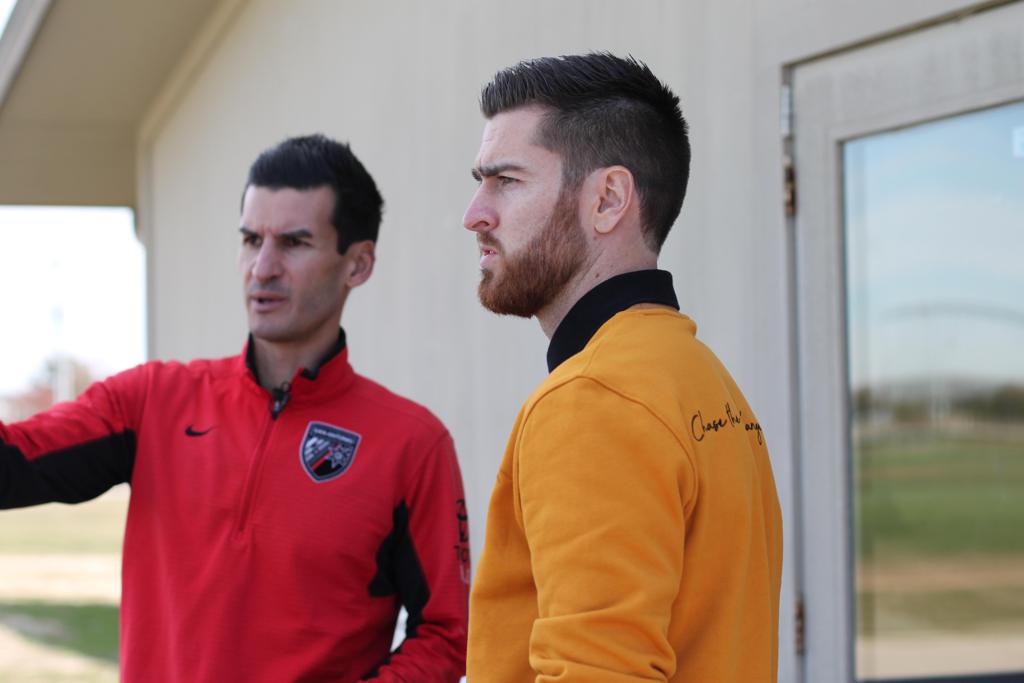 Following his contract signing, stadium tour and photoshoot last week, Smith and his wife took a an SAFC scarf home to add to the collection. The day was filled with excitement and anticipation for the upcoming season. If anything, it made it harder to wait until training camp arrives. For now, Smith is going to enjoy time with his family, and watch with excited eyes as Marcina continues to build his roster for 2020.

“I’m super excited for training camp to start,” said Smith. “I wish it was all starting a bit sooner. I’ll enjoy the holidays right now with my family and then get ready to go. I can’t wait to see who else we sign and get this going.”