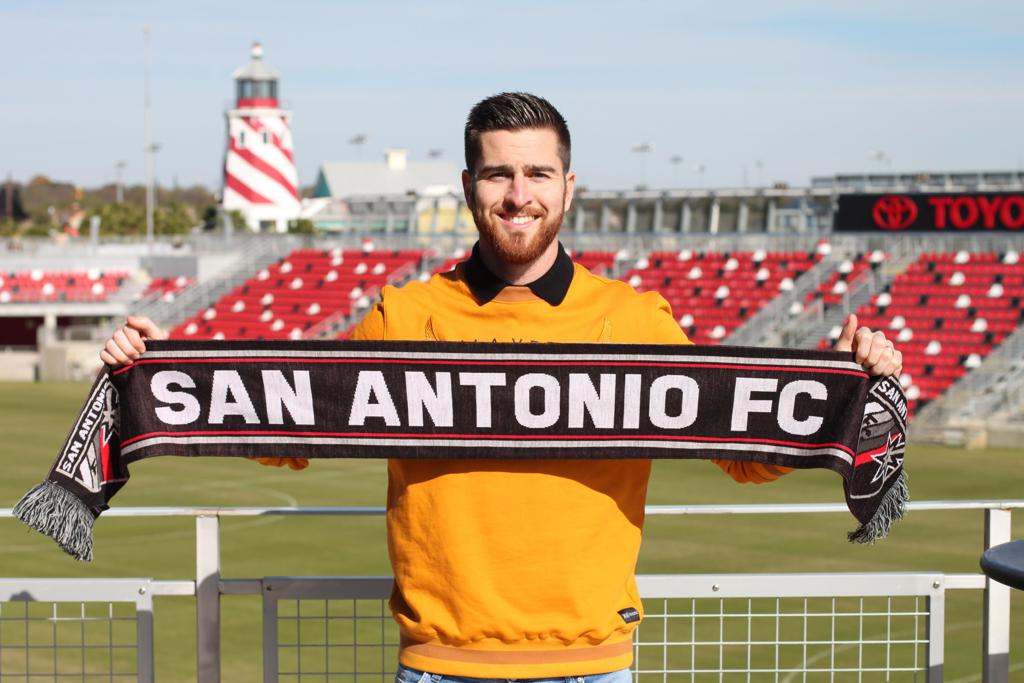 "We are excited to sign a locally raised player in Blake Smith for the upcoming season,” said SAFC Head Coach Alen Marcina. “Blake is a first-class professional, holds championship experience, and fits the player profile of our defined game model. We are excited to have him at San Antonio FC."

Smith joins San Antonio from Pacific FC in the Canadian Premier League where he made 24 appearances last season. Prior to his time with Pacific, the 28-year-old spent parts of two seasons with FC Cincinnati in both Major League Soccer and the USL Championship. In 2018, Smith appeared in 32 USL Championship matches with Cincinnati, compiling 2,700 minutes while helping his side earn the 2018 Regular Season Championship.

Originally drafted by the Montreal Impact in the first round (eighth overall) of the 2013 MLS SuperDraft, Smith made over 35 appearances with the Impact and their reserves over the course of two seasons in all competitions. The defender also spent time with Indy Eleven on loan in his early career before joining Swiss club Yverdon-Sport where he made 14 appearances and scored four goals in 2015. Prior to joining FC Cincinnati in 2018, Smith spent two seasons with Miami FC in the NASL where he compiled 4,588 minutes played in 61 total appearances while adding nine assists. He was also named to the NASL Team of the Week four times during his 2017 season in Miami.

“I’m super excited to be back home,” said Smith. “Obviously this is something I’ve wanted to happen at some point in my career, and its just the perfect moment for me to make the move back to San Antonio. My wife and family couldn’t be happier that we are back. I’m excited to help out the club and I can’t wait to get going.”

Smith was raised in Boerne and attended Boerne Champion High School while also playing for Classics Elite. He was named the 2009 San Antonio Express-News Player of the Year while with Champion and went on to attend the University of New Mexico where he scored 13 goals and added 19 assists in 70 appearances for the Lobos from 2009-12. During his college career he was also named an NSCAA Scholar All-American in 2011 along with being named to the First Team All-MPSF in both 2011 and 2012.