Ackon Led SAFC in Duels Won as a Rookie in 2019 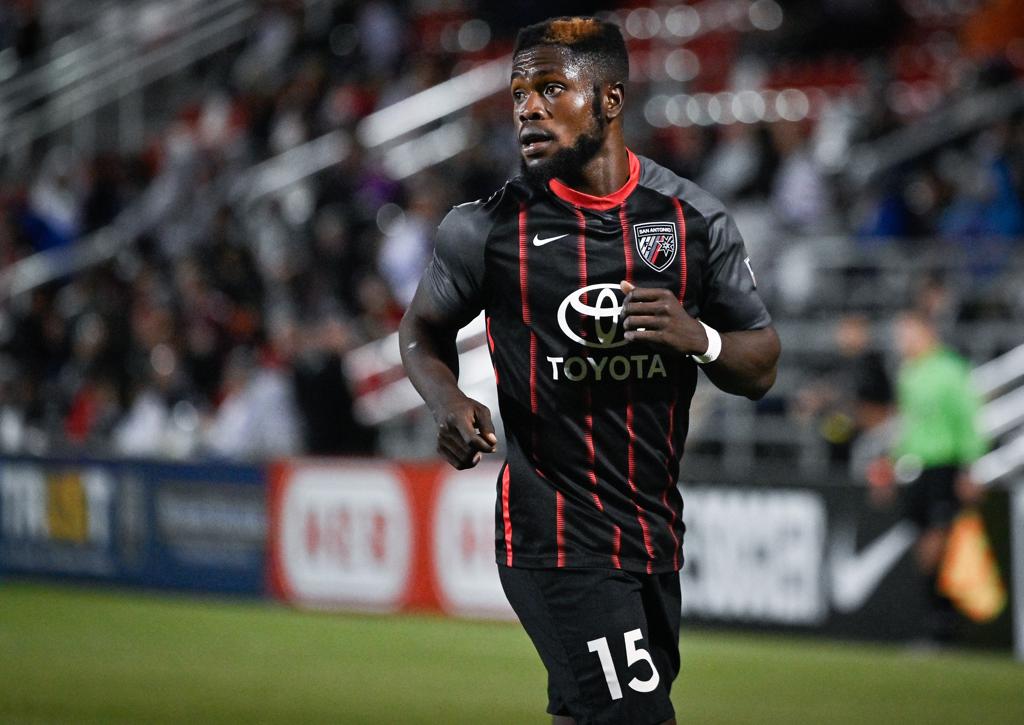 San Antonio FC defender Ebenezer Ackon will return in 2020 after the club exercised his contract option, the team announced today. Per club policy, terms of the contract were not disclosed.

"As a staff, we are delighted to welcome back Ebenezer,” said SAFC Head Coach Alen Marcina. “He is committed to our club, culture, and community and meets the on-field performance expectation being among league leaders in various statistical categories. We look forward to developing his game further as he has the potential to progress to the next level."

Ackon appeared in 33 games for San Antonio FC in his rookie season, compiling 2,970 minutes played which ranked second on the team. His 2,970 minutes played are second all-time in SAFC single-season history behind Kai Greene who recorded 3,060 in 2019. In addition, Ackon led SAFC in duels (431) and duels won (278), while finishing second on the team in blocks (21), interceptions (47), tackles won (54) and aerial duels won (82). Ackon’s 278 duels won ranked second in the league and first in the Western Conference despite attempting just the 14th most duels in the USL Championship.

The defender also added an assist and was named to the USL Championship Team of the Week (May 14) once over the course of his first professional season.

“It’s a great honor to be a part of this family for the 2020 season,” Ackon said. “I’m very thankful to SAFC and everyone who has contributed to my professional journey. I can’t wait to get back to business and achieve great things with the team this season.”

Ackon originally joined SAFC after playing collegiate soccer at Bowling Green State University from 2017-18. Following his college career, Ackon was drafted by the Chicago Fire in the third round (53rd overall) of the 2019 MLS SuperDraft but went on to sign for SAFC. Following his 2018 season with the Falcons, the 22-year-old was named to the All-MAC First Team while also being named to the All-Ohio Team.

Born in Ghana, the 23-year-old began playing for Bowling Green State in 2017 after receiving eligibility from the NCAA. The rookie also attended the University of Cape Coast in his home country before moving to the United States.