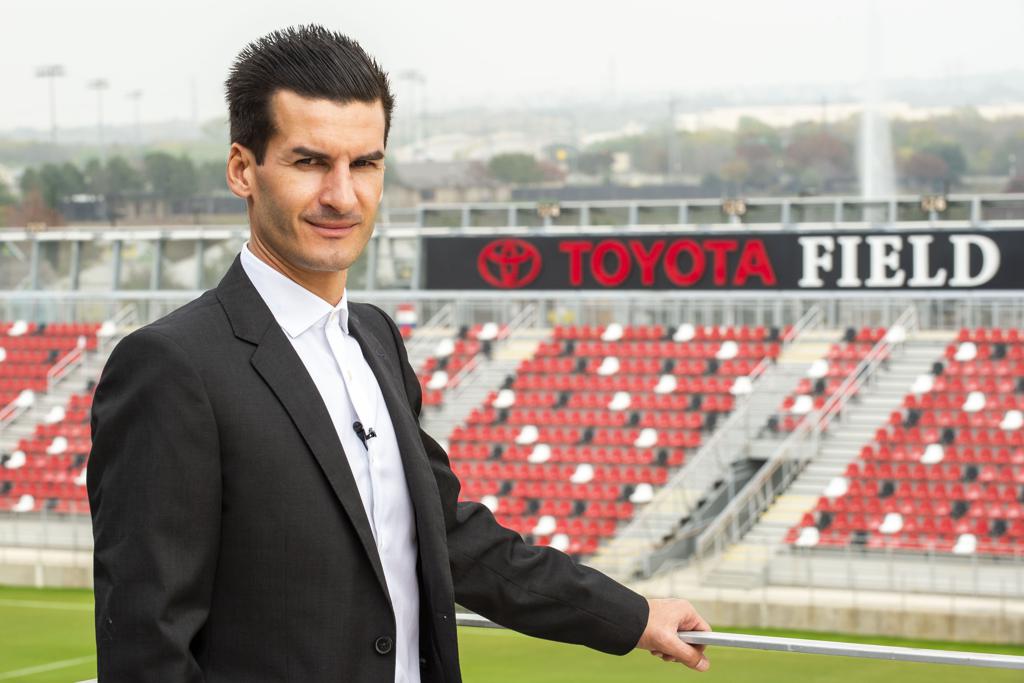 The week started with a new era for San Antonio FC as the club officially appointed its second-ever head coach in Alen Marcina on Monday. Marcina was promoted after spending the 2019 season as a first-team assistant, and the Canadian takes over with nearly a decade of coaching experience. Following the change made at the end of the campaign, SAFC embarked on a global search with over 50 different qualified candidates throwing their name in the hat. In the end, Marcina stood out above the rest and was given the reigns to the Alamo City club.

“Our candidates were domestic, international, from professional clubs and national teams,” said SAFC Managing Director Tim Holt. “We were blown away. There were terrific candidates and coaches and we were able to spend some time with a lot of them. When you go through a process like that it’s about finding the right fit. For us, at the beginning of the process when we knew we were in the middle of a leadership change, we had to define for ourselves internally what we were looking for in order to figure out who would best fulfill that. As we got through that and spent time with everyone and spent a lot of time with Alen in different ways than we had interacted in the past, it became clear to us that he represented that best fit.” 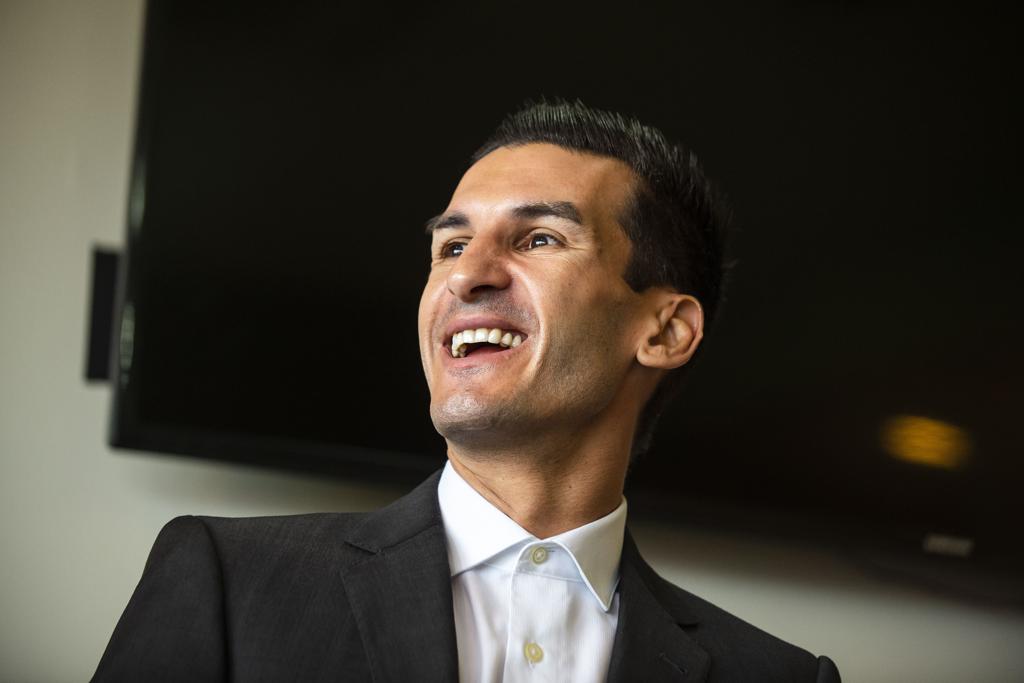 At his afternoon press conference on Monday, Marcina expressed excitement from SAFC and its leadership for the opportunity that lies ahead.

“It’s an exciting feeling and I’m very thankful towards the leadership of San Antonio FC and Spurs Sports & Entertainment for providing me this opportunity to lead the team into the next phase of the club,” he said. “I look forward to working with the people here. We truly are a family here and we have a number of high-character, high-performing people. We want to create a high-performance culture moving forward and we’re excited to acquire the right type of people that fit that culture and are committed to our club and our community, which is very important to us.”

The 40-year-old is no stranger to challenges, having previously spent over five years as a head coach in the North American Soccer League and USL League Two, most prominently with the San Antonio Scorpions in the NASL. Marcina was with the Scorpions organization for each of the four seasons in its existence, starting as an assistant coach prior to being promoted to head coach during the 2013 NASL Season. In 2014, Marcina led the Scorpions to an NASL Championship after defeating the Fort Lauderdale Strikers in the Soccer Bowl at Toyota Field.

San Antonio has become his adoptive home, and his affinity to the local community -- specifically those revolving around soccer – is evident.

“I’m someone who’s very passionate,” said Marcina. “I’ve been in San Antonio since 2009 and I’m very much community based. I believe that collectively we have an opportunity to do some great things moving forward and it’s going to be something that, not only as a staff but as a community, we want to be proud of what we put on the field.” 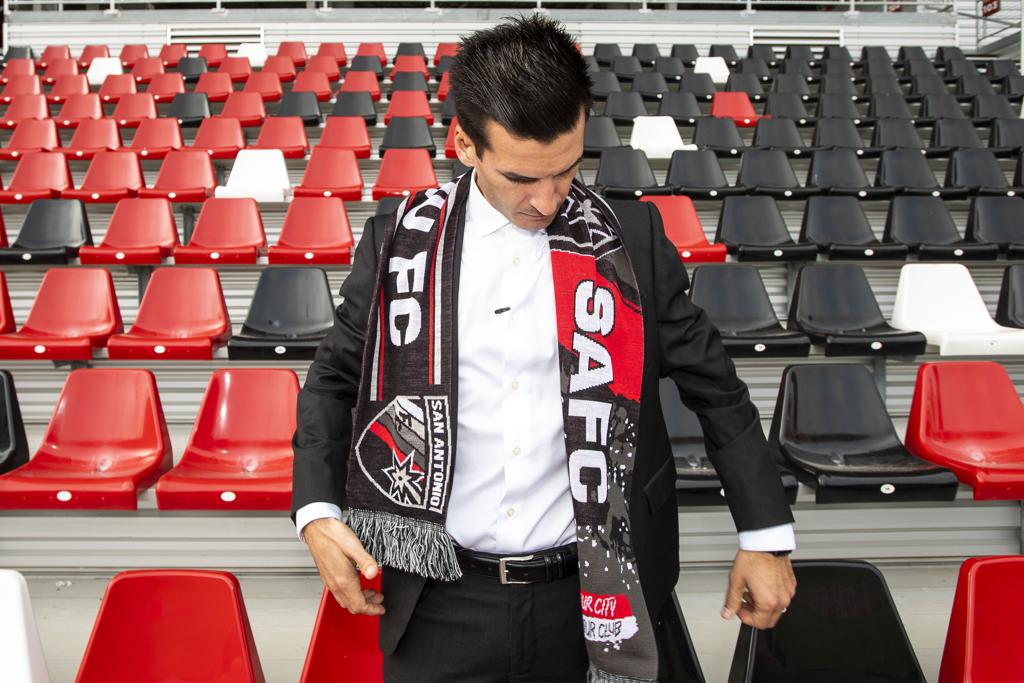 Marcina acknowledges the strong work that has already been put in to lay the foundation for San Antonio FC as a club. His goal now is to continue to try and evolve the club to put it in a position to consistently compete on and off the field. Its up to him, his staff, and the SAFC front office to help take SAFC to the next level.

Part of that equation is building a roster. Marcina will get to work immediately on retaining and adding to the club’s roster as it enters the fifth season in team history. He uses the terms “high-performance and high-character often as he talks about both players and staff, and he will keep these specific terms in mind as he continues to add players prior to training camp.

“Initially it starts with identifying, acquiring and retaining these high-character, high-performing people, and it continues with our integration from the Pro Academy into the first team,” Marcina said of building out the first team. “So again, it’s about evolving what’s already been put into place and taking it to another level.” 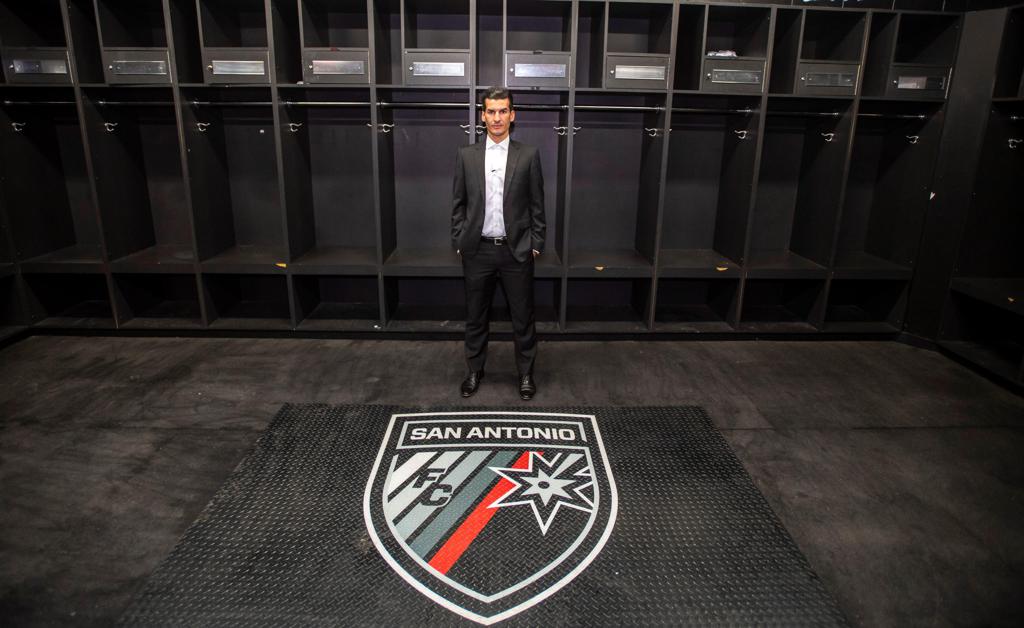 Holt was clear when expressing his expectations for San Antonio FC as a club continuing in 2020. From the SAFC Pro Academy to the performance of the first team, Holt’s vision for SAFC is exciting and Marcina echoes his sentiments.

“In the simplest terms, the vision and ambition of the club is to compete for USL championships year in and year out and be a playoff level team and a championship caliber team on the field,” Holt said. “From a young player development standpoint, we’re somewhat unique in the USL space in that we have our own fully-funded academy where we’re developing our own homegrown players. All those players need to earn their opportunity but making sure that our club is integrated from the youngest ages to the professional ages is important to us, so that’s part of our vision as well. We don’t believe those things are mutually exclusive and we believe you can compete for championships while developing your own players here in San Antonio, and we’re beginning to see the front end of that.”

“First and foremost, we want to thank our fans and we want them to know how much they’re appreciated and how much they play into our success,” he said. “They play an important part; we’re about our community and also about putting a successful product on the field. We’re going to work methodically to assemble the right people who believe in our club, culture and community, and who want to be competitive. We want to put a product on the field that everybody is going to want to embrace and support.”