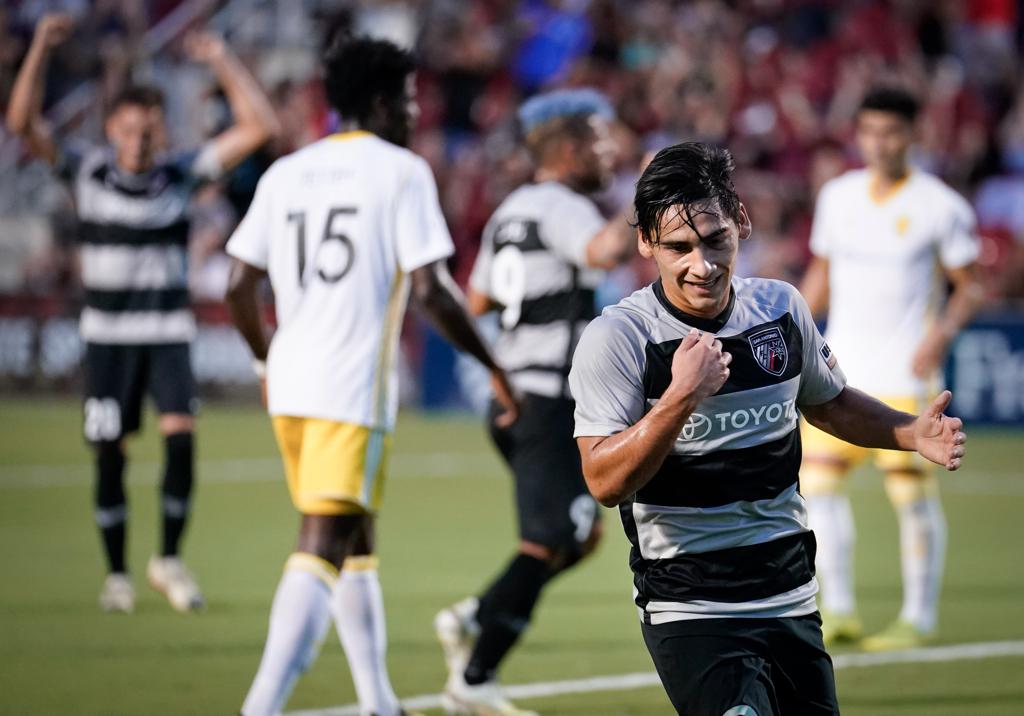 San Antonio FC midfielder Cristian Parano has been named the USL Championship Young Player of the Year, the league announced today. After a standout first season with the club, Parano becomes the third SAFC player in team history to receive a USL Championship Award.

Parano was originally named a finalist for the award alongside Douglas Martinez (Real Monarchs SLC) and Felipe Hernandez (Swope Park Rangers) on Nov. 13. Parano claimed 29 percent of the vote to win the award. Martinez finished second on 13 percent, while Hernandez finished third with 11 percent of the ballot. The 2019 USL Championship Awards were voted on by team management and a league-wide media panel that included representation from every USL Championship market. Voting was conducted following the conclusion of the 2019 Championship regular season.

“We are exceptionally proud of Cristian, whose deserved recognition is a function of his hard work and humility,” SAFC Managing Director Tim Holt said. “His unique blend of creativity, passion, and relentlessness has established him as one of the most exciting and entertaining players in the league. We look forward to his continued progression and performance during the coming season in front of our supporters at Toyota Field.”

Parano scored seven goals and recorded six assists, adding 53 chances created while playing 2,166 minutes across 32 appearances for the club. The Argentinian led the USL Championship with 109 successful dribbles and ranked fifth among SAFC players who made at least 700 passes in 2019 with an 84.1 percent passing accuracy. In addition, Parano finished runner-up in the August Player of the Month voting this year after scoring five goals and recording two assists, 15 chances created, 37 duels won and 20 successful dribbles in four August matches.

“I’m thrilled to receive this award,” Parano said. “I’m thankful to God for everything I got to experience this year and I hope that I can continue improving. This wouldn’t have happened without my coaches and teammates who have helped me every step of the way, and I want to thank the SAFC fans for all their support.”

Earlier this season, Parano became the first SAFC player in franchise history to be featured on the USL 20 Under 20 list, ranking No. 2 in the 2019 edition of the list while finishing as the highest-ranked player from the USL Championship.

Parano’s performances earned him USL Championship Player of the Week honors on Aug. 13 and Aug. 27, adding to his USL Team of the Week honors on Sept. 17. The Argentina native also scored two braces on the season, once on Aug. 10 at Reno 1868 FC before adding his second on Aug. 24 vs. New Mexico United en route to the team’s biggest win in club history.

The midfielder originally joined SAFC after a successful trial prior to the start of the 2019 USL Championship season following stints in the River Plate youth setup from 2014-17 and San Martin de San Juan during the 2017-18 campaign. Parano joins Diego Restrepo and Sebastien Ibeagha as the only SAFC players to receive USL Awards after the two were named USL Goalkeeper of the Year and USL Defender of the Year, respectively after a second-place finish in the Western Conference by SAFC in the 2017 season.