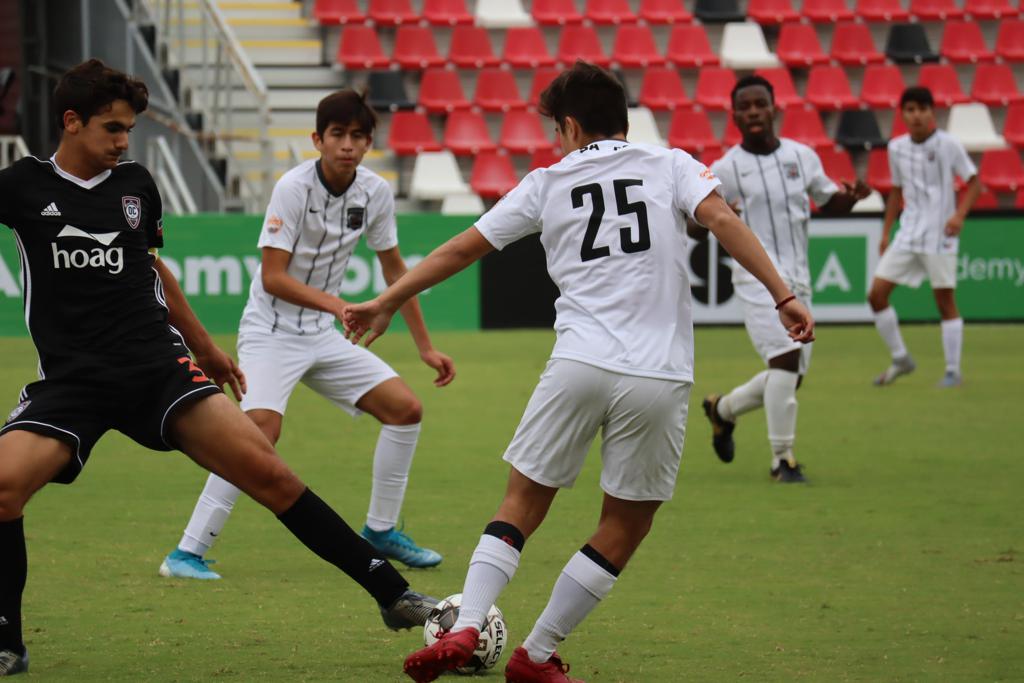 The inaugural USL Academy Western Conference Regional Event in San Antonio wrapped up on Monday, and after an exciting four days, the competition set an exciting precedent for what’s to come from the brand-new initiative that has the potential to change the landscape of American soccer.

Hosted by San Antonio FC at Toyota Field (home of the club’s USL Championship side) and STAR Soccer Complex, the tournament showcased some of the country’s top youth prospects and clubs in competition against each other, and offered unique off-field development opportunities for coaches, players and referees. Three games were streamed worldwide, drawing thousands of live viewers and providing incredible exposure for those on the pitch.

“We couldn’t be more excited to have finally hosted the first USL Academy Cup event, and we were honestly blown away with the level of support it received from our clubs, players and communities,” said USL Sr. Director of Youth Development Liam O’Connell. “In addition to a high competitive standard of play, our clubs came together to prove that this platform can be used to collectively drive our game forward in this country. We’re confident that when we look back at this event in years to come, there will be a number of players competing in our senior leagues who took their first steps through the USL Academy path.”

There were bright spots and promising performances from all 14 teams on the field, but a few in particular stood out. Saint Louis FC was the only Elite Division team to go 3-0-0, featuring a well-balanced side whose defensive foundation conceded just two goals, but Orange County SC and Phoenix Rising FC also flexed their quality. Orange County’s offense poured in 12 goals in three matches while also boasting eye-catching 14-year-old midfielder Francis Jacobs, the youngest male professional athlete in American history.

In the Premier Division, San Francisco Glens were the standard-bearer. With multiple players on their roster who have training experience with the Glens’ USL League Two side, San Francisco were well-prepared for Academy play. Striker Kevin Estrada dazzled fans with four goals and three assists in three matches, while midfielder Angel Iniguez put in some impressive shifts in the midfield.

With the Union Omaha brand having just been unveiled a few weeks ago, expectations were not high for the Omaha academy team, which was assembled for the first time just before the tournament. But Union were a force to be reckoned with throughout, winning each of their opening two matches 3-0, a sign of the rich potential within the city and the region that professional soccer's arrival will help accelerate.

Aside from the action during games, those in attendance at the event had the chance to learn and exchange best practices for youth development. The referees at the tournament gathered on multiple occasions for development sessions, led by Dick Triche of Officials Management Group. USL Academy will continue to emphasize improving the quality of officiating at its events  by offering these types of sessions in the future, with the ultimate goal of having these initiatives trickle up to the professional game.

On Saturday night, coaches from nearly every team met for a Youth Development Workshop, where San Antonio FC Pro Academy Director Nick Evans presented a case study on his club’s unique talent identification and integration philosophy. The coaches then broke into small group discussions to bounce ideas off each other and explain youth development strategy at their clubs.

The panelists discussed the lack of a defined pathway when they were growing up, and stressed the importance of taking advantage of the evolving opportunities like USL Academy that are growing and building new avenues to reach professional soccer in America. Mims emphasized that soccer is now more available than ever, and that young players should play and watch the game as much as possible.

Roushandel, who retired from professional soccer earlier this year, said that most professionals hear the word “no” more than they hear the word “yes.” The former San Antonio FC player told the attendees to keep pursuing the dream through the rejections, and to never stop playing.

To stay up-to-date on everything going on with USL Academy, visit usl-academy.com or search #USLAcademy on social media.