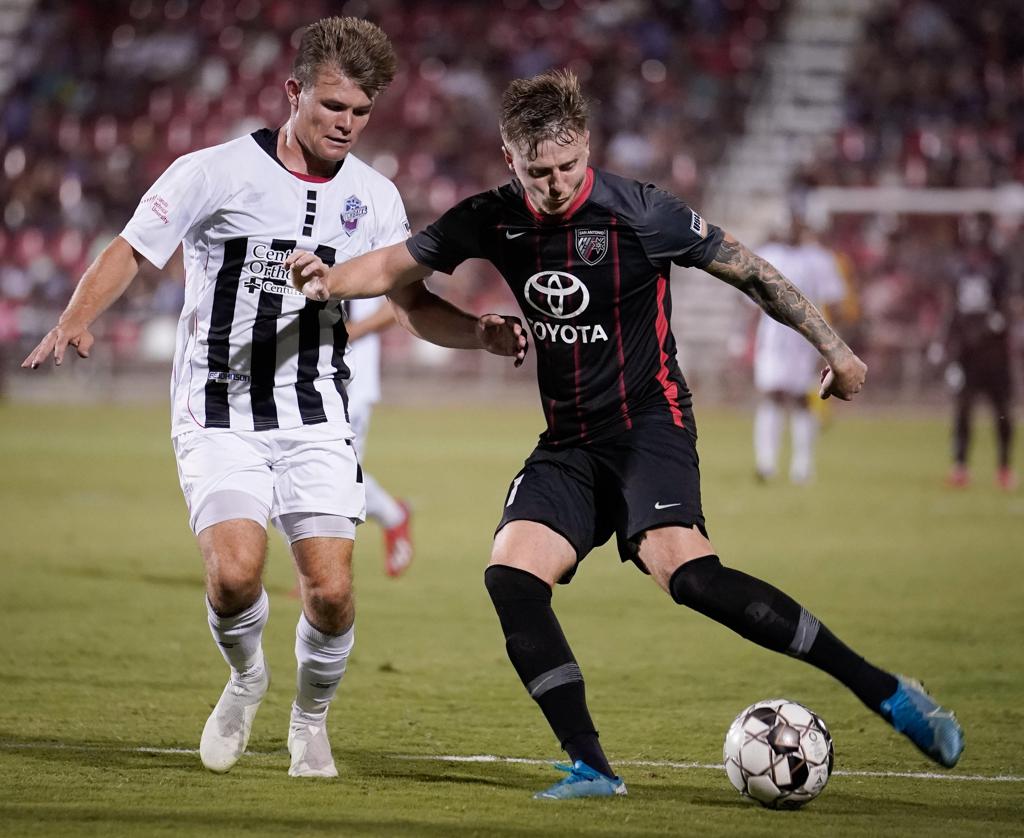 San Antonio FC (12-13-9) tied Colorado Springs Switchbacks FC (7-21-5) 2-2 at Toyota Field on Saturday night as the club hosted its second-largest crowd in franchise history with 8,406 fans in attendance. Following results around the league, the team was eliminated from playoff contention on the final match day of the USL Championship season.

“We had chances to put the game away and we didn’t,” SAFC Head Coach Darren Powell said. “Credit to Colorado because they came in and fought and created opportunities, and we didn’t take full advantage of playing against 10 men. For us it’s hard to take and everyone is disappointed.”

SAFC opened the scoring in the 30th minute after midfielder Pecka converted a penalty following a foul on Brian Gomez inside the visitors’ box. The goal marked the Brazilian’s second of the season and third for the club since the 2017 campaign.

The Alamo City club doubled its lead in the 49th minute when midfielder Jack Barmby converted the team’s second penalty of the night following a foul on forward Ever Guzman inside the box. The goal marked Barmby’s eighth for the club.

The Switchbacks narrowed the gap in the 68th minute after forcing an SAFC own goal before midfielder Tucker Bone found the end of a cross and scored with a header to level the score at 2-2, after which SAFC was unable to find the winning goal.