SAFC Looks to Clinch Playoff Spot with Win at Home 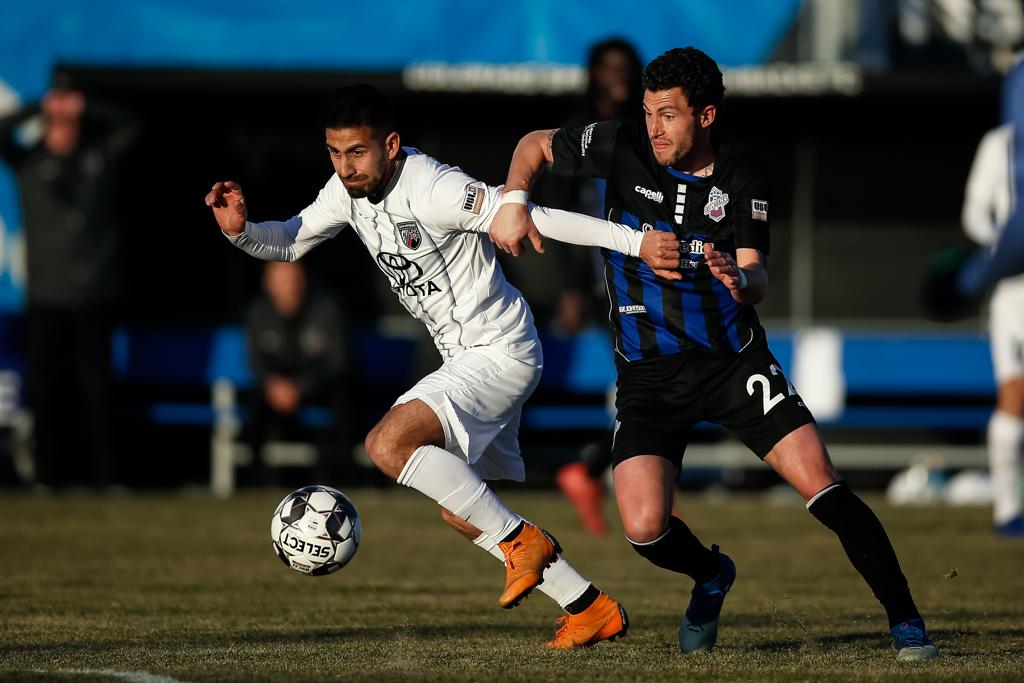 San Antonio FC (12-13-8) will host Colorado Springs Switchbacks FC (7-21-5) at Toyota Field on Saturday, Oct. 19 at 7:30 p.m. The match marks the club’s last game of the regular season as they look to clinch a playoff berth with a victory.

SAFC heads into the match after earning a crucial 4-3 win at Portland Timbers 2 on Friday night in a seven-goal thriller that saw forward Ever Guzman score the first hat trick in club history. Following the draw between New Mexico United and Tacoma Defiance on Wednesday, the Alamo City club’s playoff fate rests in its own hands. A win on Saturday would clinch the club its second playoff berth in franchise history.

San Antonio FC is undefeated against the Switchbacks all-time when playing at home, posting a 2-0-1 record against the club since the 2016 season while beating them in a thrilling penalty shootout on May 23, 2018 in the third round of the Lamar Hunt U.S. Open Cup. SAFC will look for payback after narrowly falling to the Switchbacks 0-1 in Colorado Springs on March 23.

The Switchbacks head into the match looking to close out the season with a win. The club is eliminated from playoff contention and is currently in last place in the Western Conference standings.

The Alamo City club will look to carry momentum into their final match of the regular season. In addition to Guzman’s historic hat trick, five players have recorded at least seven goals this season for the first time in club history (Ever Guzman - 8, Jack Barmby - 7, Cristian Parano - 7, Frank Lopez - 14, Brian Gomez - 7). Meanwhile, midfielder Walter Restrepo continues to be a catalyst with a team-leading eight assists.

On the defensive end, Kai Greene already set a new single-season minutes record for the club and is on pace to be the first player in club history to play every minute of the regular season should he play the full match on Saturday. In goal, Matthew Cardone will look to earn his eighth clean sheet of the season while building on his career-high 93 saves so far this season.

Saturday’s match will be a Bud Light $1 Drink Night and will feature a postgame fireworks show. The night will also feature an ‘Extra Time’ postgame party following the final whistle with $1 drinks, games, live music and more. Fans can purchase tickets to the match on SanAntonioFC.com or by calling or texting 210-444-5657.

All-time Series: The game marks the eighth matchup between the two clubs. SAFC is 2-3-2 all-time against the Switchbacks and 2-0-1 when playing at Toyota Field.