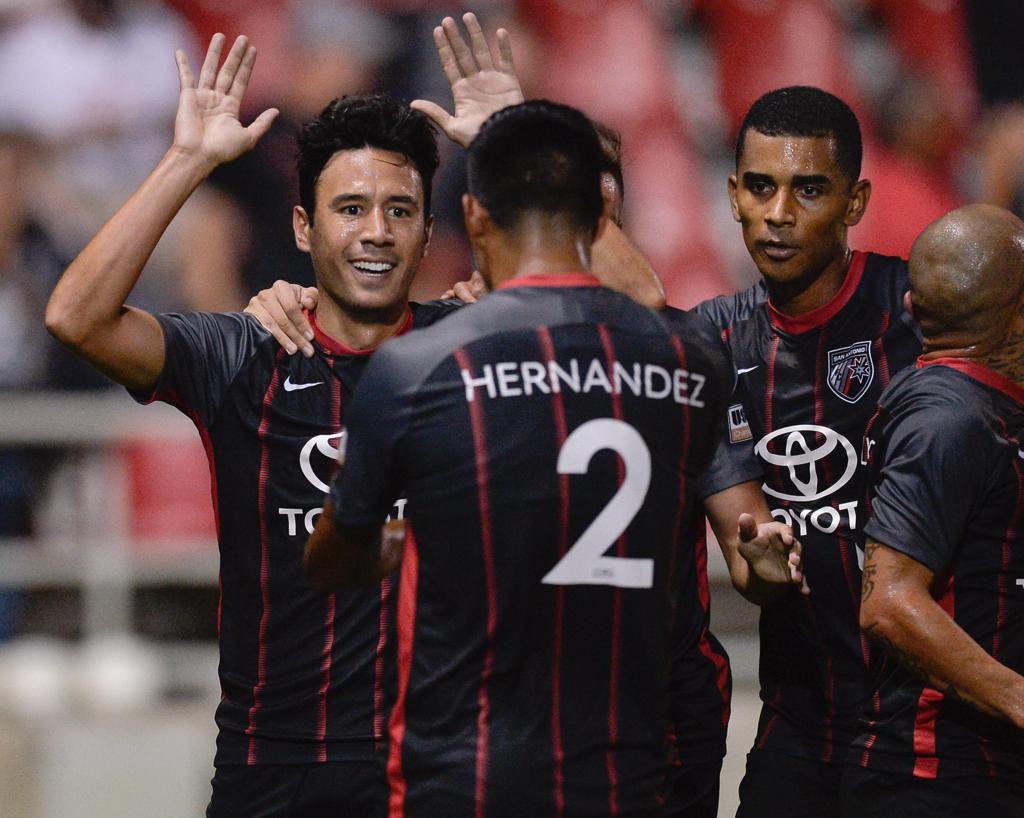 “I’m very proud of our players for their application tonight and their attitude to earn those three points,” SAFC Head Coach Darren Powell said. “They worked very hard on both sides of the ball and it wasn’t an easy game. (Fresno is) a very good team and they’re top two in the league.”

SAFC opened the scoring in the 18th minute when Hernandez found Restrepo with a pass near midfield. The Colombian dribbled past three defenders and curled the ball past goalkeeper CJ Cochran to earn the 1-0 lead. The goal marked Restrepo’s third in USL Championship play and Hernandez’s third assist of the season.

The Foxes then equalized in the 55th minute after midfielder Alex Cooper buried a free kick from just outside the hosts’ box.

Hernandez found the winning goal of the match and his first for SAFC in the 67th minute after receiving a pass from Restrepo on the left flank, dribbling past a defender and into the box, and firing low to make it 2-1.

SAFC goalkeeper Matthew Cardone recorded five saves and one claim on the night, marking the sixth match this season in which he has recorded at least five saves. The San Antonio native has tallied 84 saves on the season.