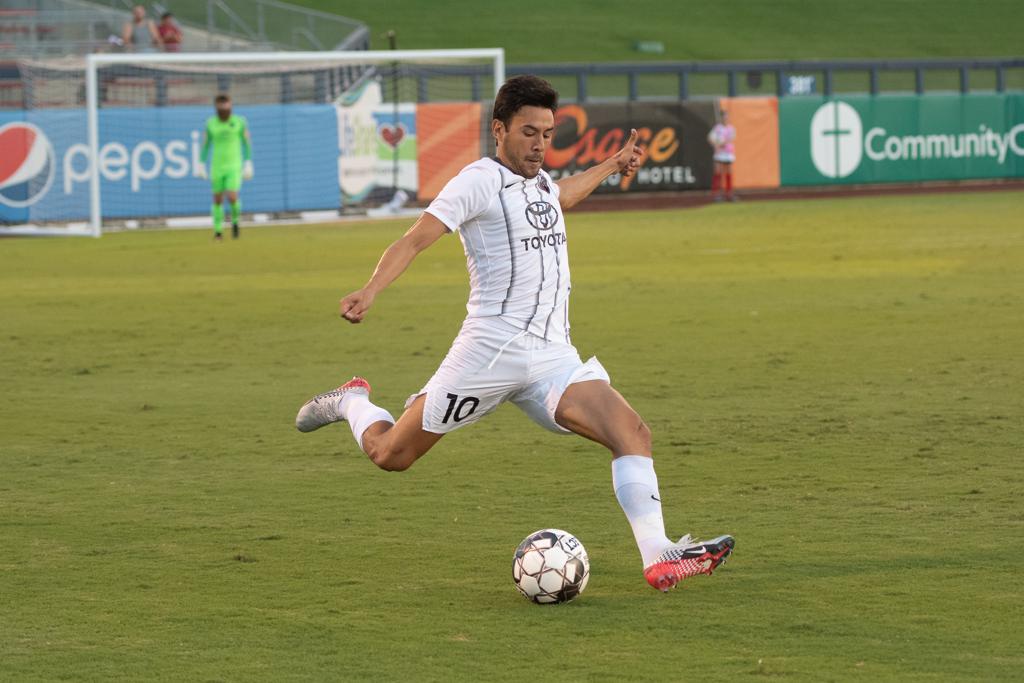 San Antonio FC (10-12-8) fell 3-4 to Tulsa Roughnecks FC (7-14-9) at ONEOK Field on Wednesday night. A brace from midfielder Rafa Castillo and a goal from midfielder Walter Restrepo were not enough to salvage points on the road for the Alamo City club.

“We have another quick turnaround so we have to put this behind us as quickly as possible,” SAFC Head Coach Darren Powell said. “We need to get ready for Fresno on Saturday because every point in this league now is very valuable.”

The hosts got off to a hot start after forward Tobena Uzo opened the scoring just two minutes into the match with a header. Just four minutes later, midfielder Marlon doubled the lead for the Roughnecks after finding the end of a through-ball and slotting it past goalkeeper Matthew Cardone.

SAFC then narrowed the deficit in the 12th minute when midfielder Brian Gomez found Castillo inside the box, from where the midfielder turned and fired back-post to make it 2-1. Castillo stuck again in the 25th minute with a well-placed free kick to level the score at 2-2. The brace marked Castillo’s second and third goals of the 2019 campaign.

Restrepo earned the lead for the Alamo City club in the 30th minute after dribbling past two defenders and firing a powerful shot near-post past goalkeeper Mason Stajduhar to make it 3-2. The goal marked Restrepo’s second of the season in USL Championship play.

The Roughnecks equalized just before the halftime whistle after Cristhian Altamirano converted from the penalty spot before adding the winning goal from midfielder Fredlin Mompremier in the 87th minute following a pause in play due to a weather delay.

San Antonio FC will return to USL Championship action at Toyota Field on Saturday, Sept. 28 at 7:30 p.m. as the club hosts Fresno FC during Hispanic Heritage Night, presented by Toyota.