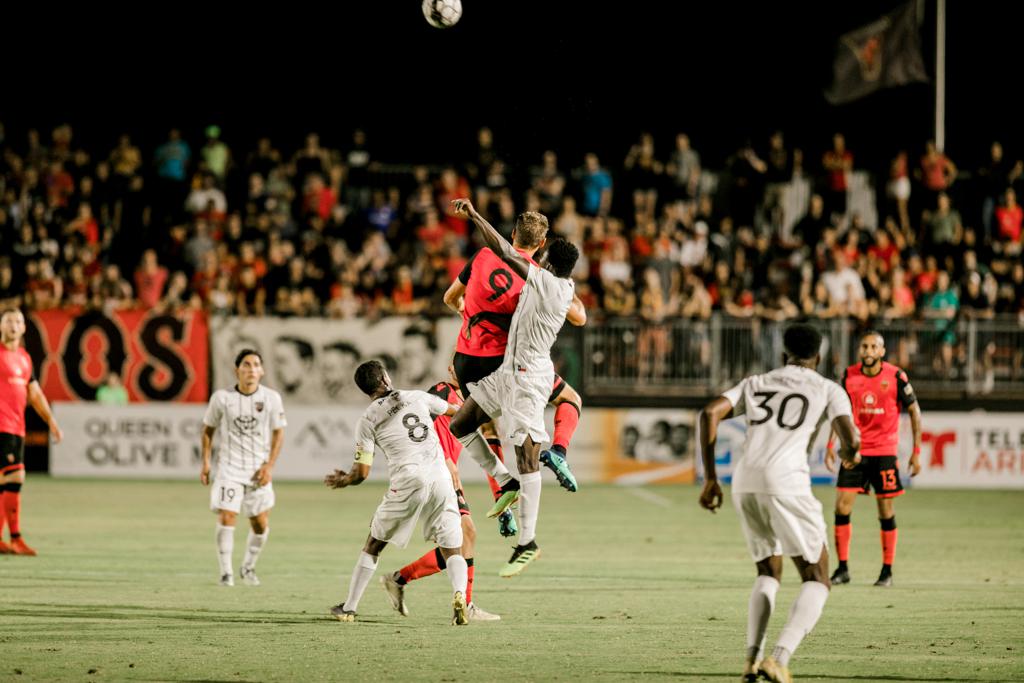 “Our team came in and played with the right commitment, focus and intensity throughout the game,” SAFC Head Coach Darren Powell said. “There were a couple of moments that we’ll continue to improve on, but overall I’m proud of our players and staff for everyone’s efforts.”

The lone goal of the match came in the 87th minute of the match after Asante buried a direct kick from the edge of the SAFC box.

The Alamo City club ended the night with 19 shots, five shots on target, and 22 chances created. On the defensive end, the team combined for 23 tackles, 16 clearances, and 13 interceptions, while goalkeeper Matthew Cardone tallied two saves on the night.

“I thought the performance was positive,” said SAFC midfielder Jack Barmby. “It was a bounce back from last week. We were very disappointed with the result last week, so we had to turn it around quickly. Football is a weird game. We worked hard for 80-plus minutes tonight, the referee gives a wrong call in my opinion, and we lose the game.”