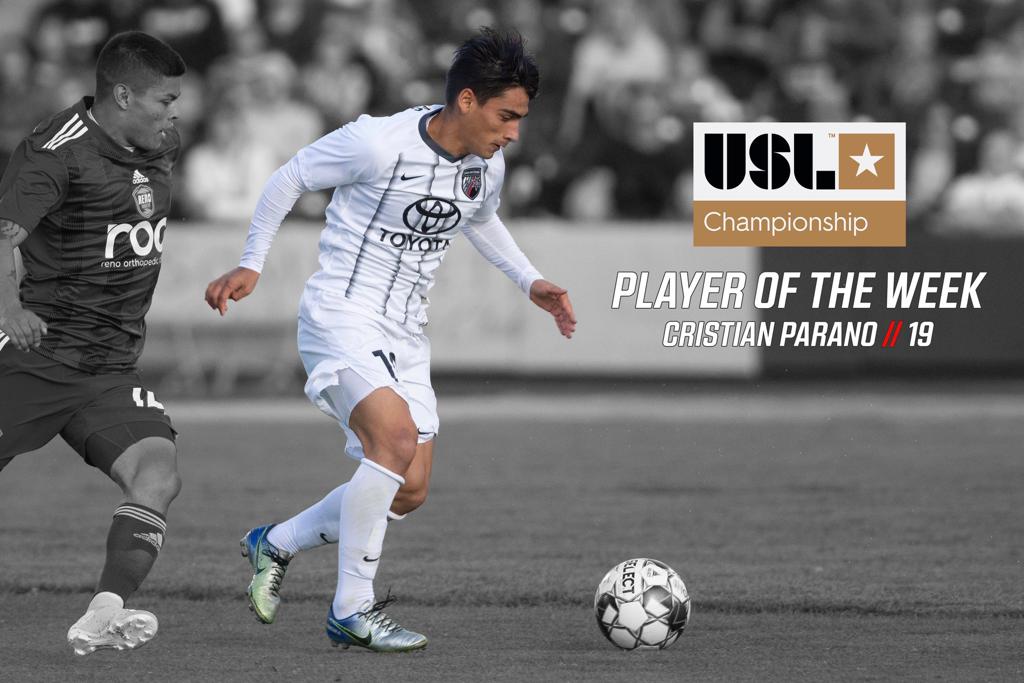 “I’m thrilled to be named the USL Championship Player of the Week, but this wouldn’t have happened without my teammates and coaches who have helped me reach this level,” said Parano. “I hope to continue playing well and continue working hard.”

The Argentinian midfielder was named the SWBC Man of the Match after grabbing his brace and recording four shots and four key passes in the win. Parano completed 30 of his 36 total passes while also adding four successful dribbles on the night. Parano’s brace was the fourth of the season for SAFC (also: Brian Gomez, Jack Barmby, Frank Lopez) and the 10th overall in team history.

Overall this season, the 19-year-old has appeared in all 23 league matches for SAFC, making 15 starts and tallying 1,427 minutes played. Parano has scored four goals while adding one assist, 33 chances created, 76 successful dribbles and 160 duels won. The Tucuman, Argentina native originally signed with San Antonio FC this preseason after a successful trial with the club. Parano is a product of the famed River Plate academy while the midfielder has also played for CA San Martin San Juan in his native Argentina.

Parano is the fourth San Antonio FC player and first midfielder in club history to earn Player of the Week honors, following goalkeeper Matthew Cardone (2016), forward Cesar Elizondo (2017) and forward Ever Guzman (2017). SAFC has had one USL Championship Player of the Month winner in team history after midfielder Billy Forbes earned the award following his play in March/April of 2017.