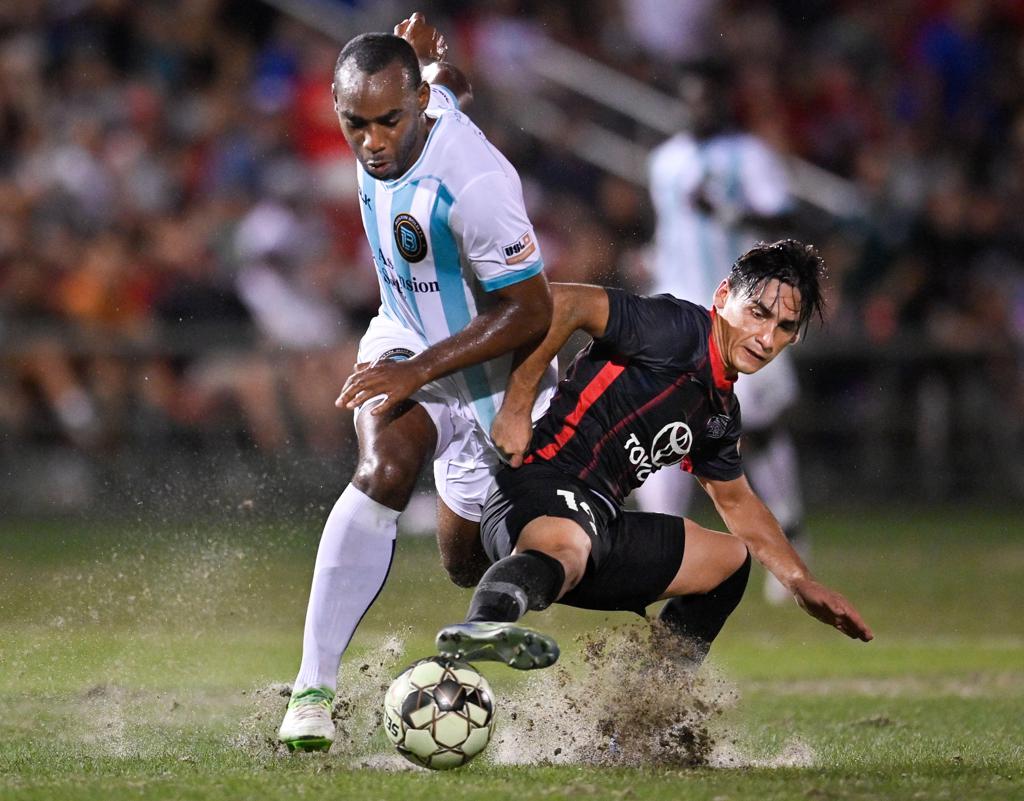 San Antonio FC (5-8-5) beat Austin Bold FC (7-6-5) 3-0 at Toyota Field on Wednesday night. Goals from Billy Forbes, Cristian Parano, and a Bold own goal earned the Alamo City club three points at home in front of 7,514 fans to extend their unbeaten run at home to nine matches in all competitions.

“I’m proud of the players,” SAFC Head Coach Darren Powell said. “Over the past few weeks their commitment, dedication and passion to play for this club (has been great), and it was in due time to see a performance like tonight. I’m very proud of everybody; staff, players, front office-- everybody. We just have to keep moving forward.”

SAFC opened the scoring in the eighth minute when forward Bradford Jamieson IV dribbled up the right flank and sent a low cross into the box, which deflected off defender Amobi Okugo into the visitors’ goal to give the hosts the 1-0 lead.

The Alamo City club doubled their early in the second half after Jamieson IV found midfielder Billy Forbes at the top of the box, from where the Turks and Caicos native shot with a right-footed curler to beat goalkeeper Diego Restrepo. The goal marked Forbes’ second of the season and Jamieson IV’s first assist for the club.

San Antonio FC extended their lead yet again in the 70th minute when Forbes found midfielder Cristian Parano inside the box with a pass. The Argentinian created space off the dribble and slotted the ball across the mouth of goal to make it 3-0. The goal marked Parano’s second for the club and Forbes’ second assist of the campaign.