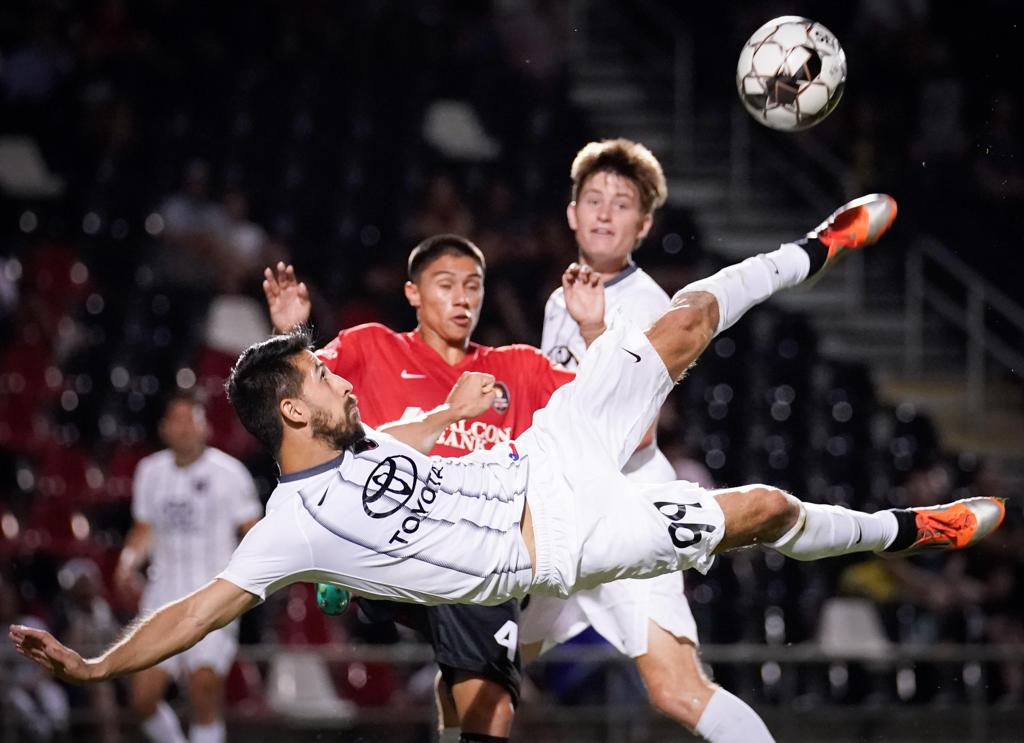 San Antonio FC beat Laredo Heat SC 2-0 at Toyota Field on Saturday night to advance to the third round of the Lamar Hunt U.S. Open Cup. Goals from Pascal Eboussi and Ever Guzman as well as a clean sheet secured the club’s advancement into the third round for the fourth consecutive year.

“I thought the guys came out with a good, honest performance,” SAFC Head Coach Darren Powell said. “It’s great to give young players an opportunity, and they handled themselves well, so collectively we’re pleased with the group for the performance. There are always things we can work on, but now it’s just a matter of winning and advancing in this competition, and now we’ll go on to the next round.”

Eboussi opened the scoring in the 17th minute when he buried a header off a corner kick from midfielder Jack Barmby. The goal marked the Cameroon native’s first for SAFC after joining the club ahead of the 2019 USL Championship season.

SAFC extended their lead in the 42nd minute when Barmby found Guzman inside the opposition’s box, from which the Mexican striker dinked a shot off the crossbar and into the net to make it 2-0. With his two assists, Barmby now leads the Alamo City club in assists in Open Cup play as well as the most assists in a single Open Cup match.

San Antonio FC defender Carson Price and midfielders Leo Torres and Jose Gallegos made their professional debuts on the night. Price was added to the roster ahead of tonight’s USOC clash, while Gallegos was added to the squad in late April. Torres made his professional debut after coming up through the SAFC Pro Academy ranks before joining the first team in February as the then youngest signing in USL Championship history.

With the win, SAFC will now face Austin Bold FC at Bold Stadium in the third round of the Open Cup on Wednesday, May 29 at 7:30 p.m. in the second edition of the Central Texas Derby.

The Alamo City club will return to USL Championship action on Saturday, May 18 at 7:30 p.m. as it hosts Tulsa Roughnecks FC at Toyota Field. The match will feature a postgame concert by The Klocks as well as $1 beer and sodas courtesy of Bud Light during the concert.